Zenovia Interactive’s retro-style action platformer Steel Assault is retro in all the best ways. Between its gorgeous old-school pixel art, pounding chiptune soundtrack, and brutally challenging level design, this game is a real blast from the past. It’s beautifully crafted but also quite short. Fortunately, it offers a ton of replay value. If you have a deep and abiding love of classic arcade games and difficulty scaling designed to make you waste quarters, but don’t want to spend any actual quarters, then Steel Assault is a dream come true.

A Tribute to the 16-Bit Era

Let me be very upfront here: Steel Assault is not a very long game. You can probably finish it in about an hour. However, that hour is going to be incredibly fun and challenging even on the easiest difficulty. If you enjoyed it, you could probably spend months mastering Steel Assault on harder difficulties because the replay value of this game is through the roof. The production values are also fantastic, making this game a blast to play no matter how many times you’ve gone through it. 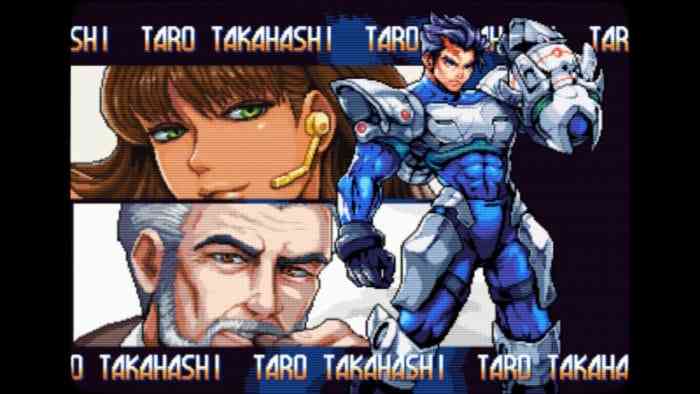 Like many retro arcade games, Steel Assault has a pretty interesting story, but it definitely takes a back seat to the grueling trial and error gameplay. This 16-bit game offers a separate tutorial mode you should absolutely play through before the full game. It’s a quick introduction to the gameplay mechanics that will give you time to work out how to aim the zipline–and how to time your slides, because they do not go as far as you think they will. The soundtrack is equal parts futuristic and nostalgic, creating an immersive atmosphere that meshes well with the equally nostalgic sound effects. There’s something surprisingly unsettling about the tinny death screams of dictator Magnus Pierce’s soldiers.

Although Steel Assault tells a story of corruption, revenge, and seeking justice in a devastated world, the limitations of its retro arcade-style can be keenly felt in this area. However, the environmental storytelling makes up for it in my opinion. The scenes of overgrown cities with flickering neon signs still playing ancient ads are especially haunting. I would’ve liked a bit more explicit exposition on what was going on. The intro cutscene did a lot to establish the personal grudge between protagonist Taro Takahashi and Magnus was, and Magnus himself is entertainingly evil in cutscenes, but I didn’t feel like I knew who any of the other characters were. Magnus’ evil plan was also not explained very well, which didn’t keep me from getting invested in thwarting it. 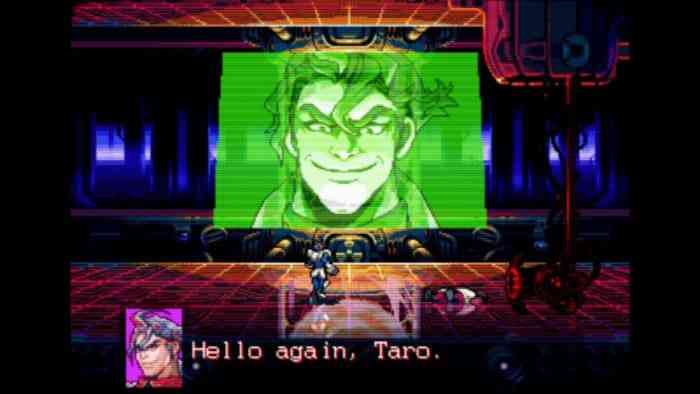 A Surprise Around Every Corner

Steel Assault was made specifically for fans of old-school arcade games and it shows in the difficulty and level design. If you want to enjoy the game, learn the level layouts, and confirm your mastery of the controls before you attempt anything truly challenging, play on one of the easy modes first. I personally recommend Very Easy because you probably won’t even die before the first boss fight. However, if you crave a true challenge, play the game on Normal and enjoy puzzling out how to survive each stage. The controls are generally quite solid, but slides can be difficult to time right and the zipline isn’t always easy to aim. 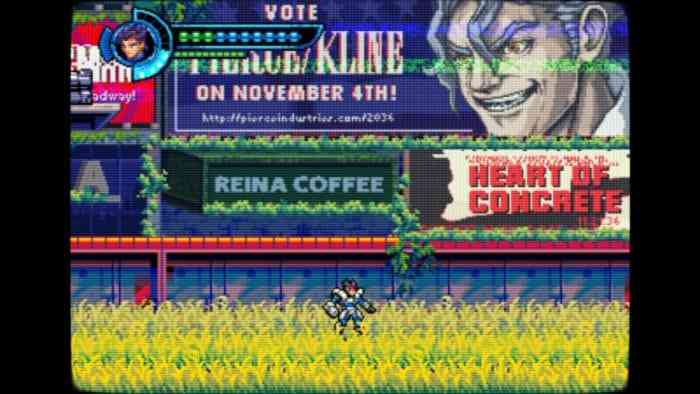 Each level has hazards and specific enemy patterns you’ll have to learn through trial and error, Dark Souls-style, which means you are going to die. A lot. In fact, the game always seems to have something new up its sleeve with each new screen, which is really impressive. Every time I went somewhere new, I was faced with fresh opponents, gameplay mechanics, and sometimes power-ups. Levels often look like standard action-platformer fare before revealing some brutal secret that demands you take verticality into account, like firebombs or electrical blockades. It’s a game that’s easy to complete and incredibly difficult to master. If you’re feeling especially masochistic, you can try Arcade Mode, which demands you start over completely after dying and should probably be considered a form of self-harm.

There’s an incredible amount of replay value to this game and the gorgeous visuals and soundtrack meant I never got sick of playing it. Yes, it’s retro, but it’s still stunning. Playing Steel Assault reminded me of how powerful the 16-bit aesthetic can truly be. You can make the game even more retro by unlocking border art or adding CRT curvature. It is also possible to turn off screen shake if that’s a deal-breaker. 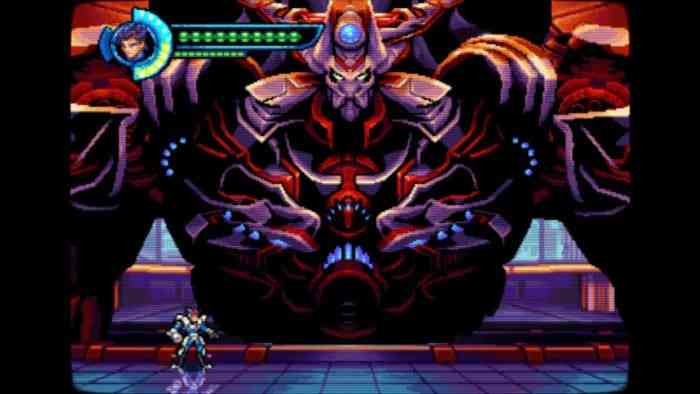 All in all, I had a great time with Steel Assault and I’d recommend it to anyone who likes action platformers, especially retro ones. However, it is modeled directly off of old-school arcade games, with all the difficulty and strategic planning that entails. If you don’t enjoy replaying levels over and over trying to get everything just right, or games that challenge you relentlessly, Steel Assault probably isn’t for you. You’re supposed to struggle. That’s the point of the game. 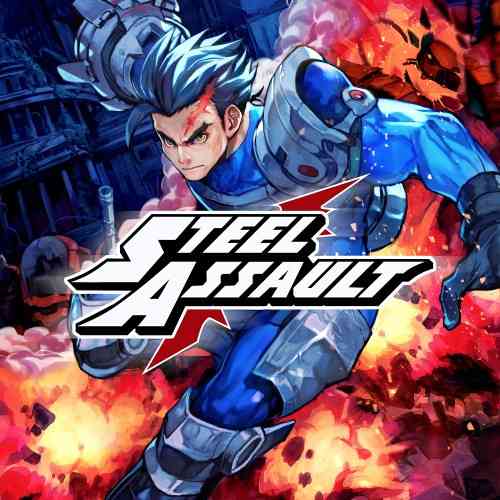