Fear is all in your mind, you see. Darkened hallways and decrepit basements are only scary because we make them that way in our heads. In Sound Mind is a horror game that makes real the terrors of the human psyche. Or at least, that’s the mission statement, the primary motive. In truth, I found the scares somewhat washed out due to a couple of key design decisions. On the other hand, In Sound Mind creates a convincing, potent vision of psychological suffering made manifest.

You play Desmond, a therapist investigating the circumstances surrounding his patients’ deaths. Well, actually you’re exploring a persistent nightmare hallucination which is connected to your patients and their deaths, somehow. Every tape you collect transports you to the moment it was recorded, giving you another chance to ease their suffering. It turns out that damaged people with violent impulses create dark and terrible worlds. These are beautiful, haunting realms, but they’re not terribly frightening after a while. The moment I was given any agency, it reduced these gruesome apparitions to a problem in need of solving. The more power you give to the player, the more easily they can conquer their fears.

Bullets – Their Only Weakness

For example, a ghost? One that can move at high speeds and find you as soon as you make a noise? Terrifying. But once you realize that ghost only takes ten percent of your health bar per strike, who cares? Also she’s fully bugged out by her own reflection. She bails immediately once she sees herself in the mirror. This is a pacing problem at its heart. Rather than a series of terrifying, fatal errors, my encounter with this spirit was protracted and forgiving. Although perhaps this is my own bias at work, seeking pure horror in what’s clearly a puzzle/mystery title. 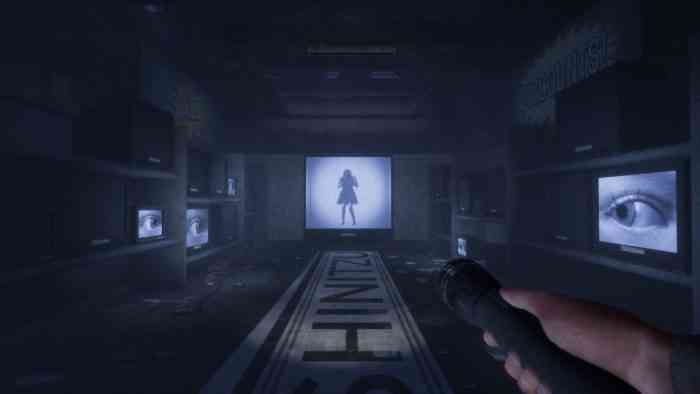 In fact, In Sound Mind changes genres altogether, albeit slowly. Between the introduction and the first real chapter, it becomes clear that you are meant to cleanse this cursed realm. So empowered, the fearful atmosphere is slowly de-clawed by your progress. Every time you acquire a new ability, one more element is made toothless. Too dark? There’s a flashlight, and tons of batteries. Being stalked by man-shaped shadows? Here’s a gun! Like in a genuine therapy session, these dreadful horrors are exposed and eliminated over time.

To that end, In Sound Mind’s slowly shifting tone makes perfect sense. Just as it happens with your patients, your own fears are being conquered in real time. What your left with is still something rather beautiful. These are wild, incredible worlds, packed with terrible danger and sinister forces. Every patient’s psychosis is made manifest in unique ways. Things like shame, isolation, and violent self-hatred are all converted into fraught, fascinating stages. Your time in said stages is extended somewhat thanks to the heavy puzzle elements, which also suffer from some pacing issues.

Maybe Not A Horror Game After All

Puzzles are a natural fit for horror games. You’re pushed to explore every room for a solution, forcing you into deeply unsettling spaces you’d otherwise avoid. The downside comes when you’re properly stuck. That creepy storage room seems downright ordinary once you’ve plumbed its depths a dozen or so times. Too much backtracking saps a stage of its frightful allure, you see. Perhaps the more savvy puzzle fans among you will never encounter this specific grievance. For me, it was one more way the atmosphere was subverted by the mechanics.

For me, In Sound Mind never found the footing I was expecting it to. The horror elements are muted by the pacing and the mechanics, with frustration eventually replacing fear. On the other hand, there’s a solid psychological thriller buried in there. Propelled by the mystery of your circumstances, you slowly shine a light on this monstrous realm. In doing so, your own role in this murderous brain-bending tale is uncovered. Like the atmosphere, the narrative is interrupted by the mechanics, but the writing is well-honed. These worlds aren’t scary per se, but they do suck you in, rewarding patient exploration with fascinating reveals. All told, In Sound Mind wasn’t the game I was expecting. But I still found myself pushing forward, eager to uncover a little bit more. If you’ve got any appetite for cerebral horror and puzzle solving, In Sound Mind might be just what you’re looking for. 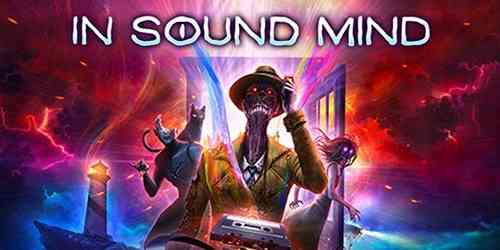