A Platformer to Flock To

Ever wondered what it’s like to be a shapeshifting sheep? Wonder no longer as Top Hat Studios released Sheepo today on PlayStation 4 and 5, as well as Xbox One and Series X/S, fulfilling this fantasy. As an added bonus, it features cross-buy meaning one purchase grants you access to the next-gen version as well as the old version. Sheepo is about a shape-shifting sheep-alien zoologist of the same name who is required to explore the alien planet Cebron. Along the way, you’ll discover alien species that you are required to save. In order to save a species, players must collect an egg that is guarded by that species’s queen. The gameplay implication of this mechanic is that you can shape-shift into the species you collect, allowing you to explore previously inaccessible areas. For example, you may need to transform into the goose-looking animal featured in the trailer to fly to a high ledge that was previously a dead end.

The game features an undoubtedly unforgettable art style, with brilliant colours and adorable animal designs. Each animal you come across looks so innocent as it tries to kill you. The result is an amazing visual experience no matter what hardware you’re experiencing the game on. Couple that with the extremely smooth and responsive controls and animations, and you have the recipe for an invariably fulfilling platformer. 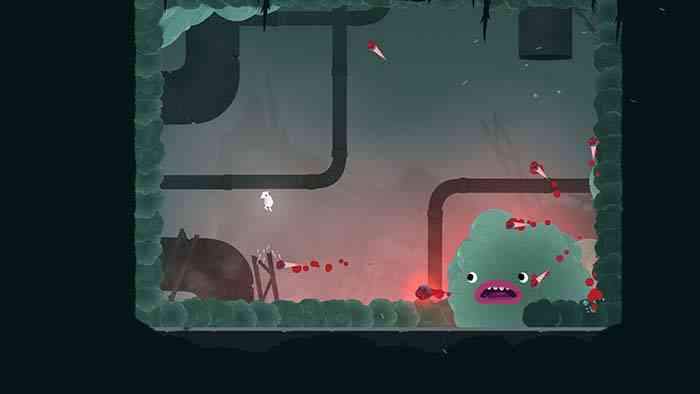 Sheepo was released on Steam on August 26th, 2020 to “Very Positive” reviews. It’s commonly described as a “pacifist Metroidvania” or “more casual Metroidvania” meaning the levels are meant to be explored and re-explored as more options become available to you. The “pacifist” or “casual” prefix comes from the decreased difficulty and lack of traditional combat. All in all, Sheepo’s unique set of gameplay mechanics, art style and non-linear level design promises fans of Metroidvania-style games and even those who haven’t touched the genre a whale of a time.