The Castlevania Collection is out now on PS4, Xbox One, PC, and the Nintendo Switch for $19.99. This collection of four games includes Castlevania: Circle of the Moon, Castlevania: Harmony of Dissonance, and Castlevania: Aria of Sorrow. Additionally, the collection will feature a special fourth bonus title: the 1995 SNES game Castlevania: Dracula X (also known as Castlevania: Vampire’s Kiss in Europe).

As someone who doesn’t have much of a history with Castlevania, this is an interesting collection. I’m not sure why Konami continues to refuse to release Symphony of the Night on a Nintendo console, but these look like interesting titles for those looking to explore the history of Castlevania. 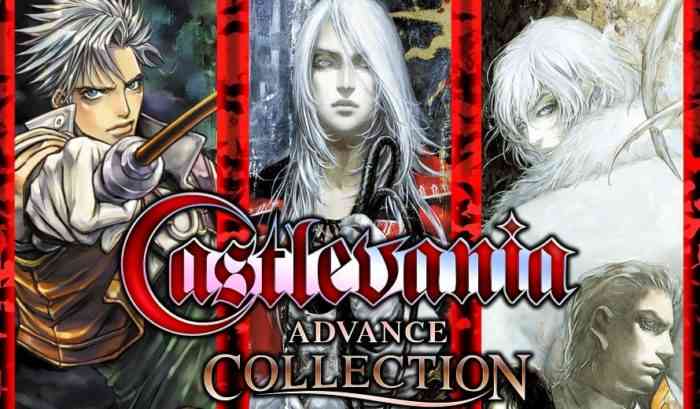 The development team had this to say on the game:

We wanted more people to be able to experience the Castlevania series – in particular the action/adventure titles as they are all masterpieces that can still be enjoyed today. We recognized that there were few titles that could actually be played on today’s consoles, so we began creating Castlevania Advance Collection. We decided to make this release a multiplatform launch so that as many people as possible could enjoy these titles on their consoles.

The Castlevania series is celebrating its 35th anniversary this year, thanks to the support of its many fans and, of course, all of the people involved in its creation. The production team is honored to be able to work on this series and we will continue to strive to make Castlevania well-known and played by as many people as possible. Thank you for your continued support of this series!”

The Castlevania Advanced Collection comes with several extras as well. You will have access to 71 different songs and can create a playlist to have your favorites going on repeat. The collection will also show off sketches and work-in-progress drawings. Never-before-seen art, as well as scanned package designs, will be a particular point of interest for long-time fans of the franchise.