The cinematic trailer for upcoming game Star Wars: Hunters has just been released. The much-awaited multiplayer action from Zynga, as shown in the trailer, will be showcasing eight of the game’s playable warriors.

Star Wars: Hunters fans are first introduced to Rieve, an adept lightsaber warrior and a follower of the Dark Side, as he takes fire from a Mandalorian named Aran Tal. Then, the trailer also reveals Rebel fighter Zaina, a Wookiee named Grozz, as well as some Jawas that are stacked under one hood. In total, the new Star Wars: Hunters game will be featuring eight playable characters. 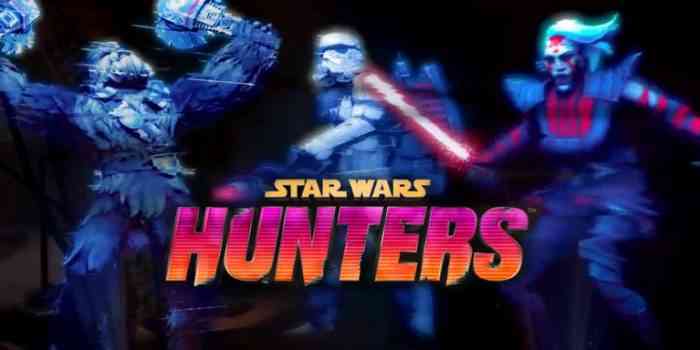 Fans also got a peek at Vespaara, which is the planet where the battles will take place, including a side view of the full arena map with a Hutt Ship hovering overhead. In addition to the official Star Wars: Hunters cinematic trailer, the game’s official website also features profiles for each of the playable characters, as well as further information about the Arena itself.

“Today’s reveal gives viewers their first look at the Arena—a competitive, spectator stadium attracting Hunters from the far reaches of the galaxy to seek their fortunes,” said Zynga President of Publishing, Bernard Kim. “Giving a brief glimpse of the Arena’s high stakes, team-based action, this trailer showcases just a few of the dynamic characters inspired by the Star Wars galaxy that fans will experience in the game.”

Star Wars: Hunters is a third-person game that will allow its players to mix and match their teams across a variety of maps—all of which are inspired by the many planets in the Star Wars universe. Players can pre-register by signing up with a preferred email address on the game’s official website.