The long-awaited Lego Star Wars: The Skywalker Saga will finally release new details at the upcoming Gamescom.  As the last trailer for this latest Star Wars Lego game was released almost a year ago last August, it is definitely exciting to see what was added to this game. 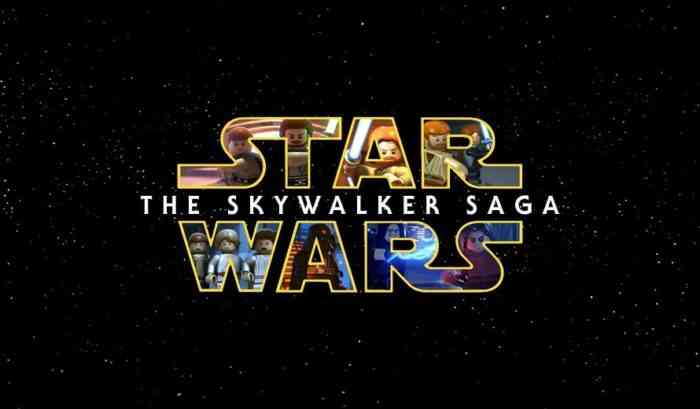 As Lego games are definitely seen as more simple games for kids, they still provide appeal for adults due to their unique sense of humor, a large roster of characters, and fun, if somewhat mindless, gameplay.  Lego Star Wars: The Skywalker Saga aims to shake up the traditional Lego game mold of fairly straightforward puzzles and combat with major changes.  TT head of production and strategic director Jonathan Smith sums up the sentiment behind the game: “it really felt like the right time to aim as high as possible; to create a LEGO landmark.”

The most major improvement is the existence of a massive open world.  Although previous Lego games such as LEGO DC Super-Villains do have a smaller 3 region world, the latest Lego Star Wars game has much bigger ambitions. The trailer teases some of this by showing the player riding on a Bantha through Mos Eisley.

The combat will also see sizable improvement.  Already, based on brief moments in last year’s trailer, there will be a shooting system, complete with aiming down sights, akin to a third-person shooter game.  In addition, there are more complicated lightsaber duels teased, such as the duel between Obi-Wan Kenobi and General Grievous.  If the fancy animations are anything to go by, there may even be a duel combat system in place to replace the more button-mash gameplay of previous Lego games.

What do you think of the new Lego game? Let us know down in the comments, or hit us up on Twitter or Facebook.

Lego Brawls Fights Its Way To Consoles In Summer 2022
Next
Total War Troy: Fantastic Beasts and Where to Find Them
Previous
Why Jason Voorhees Can’t Be in Dead By Daylight Just Yet