From the first time the iconic words ‘A long time ago in a galaxy far, far away…’ appeared on the screen followed by the orchestral masterpiece and crawling text, I was enamored with the world of Star Wars. With a cast of quirky characters, one imposing figure stood head shoulders above the rest: Darth Vader. Not only did his domineering stature send shivers down my spine, but the Sith Lord’s actions across the saga established him as one of the greatest antagonists in film history. Now the titular character in his own game, this intimate experience delves into the universe of the Supreme Commander.

Star Wars has had a tumultuous relationship with video games. Some titles such as Knights of the Old Republic, perfectly captured the essence of the world whereas others like Kinect Star Wars felt like a cheap cash-in. With a mountain of games under the banner, none have been able to faithfully capture the feeling of wielding a lightsaber, until now.

Shortly after donning the plastic helmet, you are transported to a place that features all the hallmarks of the franchise. A world you could only have dreamt of stepping foot in. The world of Star Wars. Set between Revenge of the Sith and A New Hope, you are placed in the boots of a smuggler attempting to escape an attack. With a last-ditch maneuver, you jump to hyperspace only to be caught by the perilous Darth Vader. Imprisoned, you must now help the Sith Lord to harness the power of the Bright Star crystal, a mystical entity that can revive Padmé.

The Spirit of the Stars

Each step is accompanied by a multitude of characters who capture the tone of the universe. ZO-E3, the conventional robot sidekick, is brilliantly brought to life by the fantastic Maya Rudolph. Her personality shines through, adding comedy to tense situations yet being able to add emotional weight at key narrative moments. However, without a doubt, the star of the VR series is Vader. Delving deep into his psyche, we are shown the tormented side of the character who is trying to come to terms with the loss of his beloved. His intimidating demeanor makes each encounter an anxiety-filled experience, placing the gamer in a state of unease. 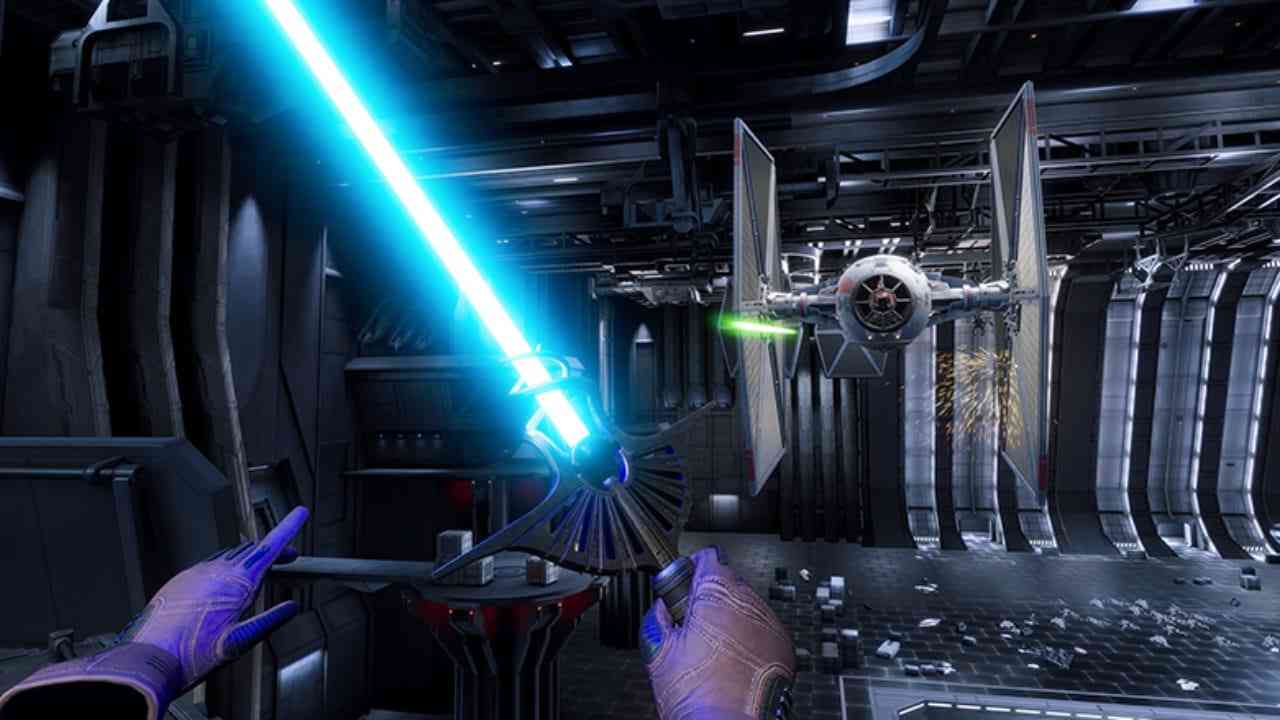 ILMxLAB has faithfully recreated the universe making each area feel as if it was plucked from the silver screen. Environments are scattered with minor details that help to emit an atmosphere that is unmistakably Star Wars. Character interactions are incredibly animated creating authenticity to encounters. Even on dated tech and with some low-res textures, characters feel alive, allowing the player to lose themselves in the world. Backing set-pieces is the magnificent score that is synonymous with the franchise. Whether it’s the subtle use of sounds to build atmosphere or the full orchestra to create an epic sense of adventure, the audio has been expertly implemented to take the gamer on a journey through space. Unfortunately, I did encounter some audio-clipping/buzzing that occurred at random points, breaking the immersion of the game.

Vader Immortal is a narrative-driven experience with some luscious artistic cutscenes that literally paints a scene in front of your very eyes. Separated into three episodes, each lasting between 40 minutes to an hour, the game steadily introduces new gameplay mechanics to ensure that each venture is unique.

A highlight of the game is the use of the lightsaber. Not only does it look the part but it sounds and feels exactly how you’d hope it would. Quickly you are taught the basics so that you can counter strikes and deflect bullets like Luke himself. Although battles are quite simple and lack any threat due to the inability to fail, it’s still an absolute joy and succeeds in its goal to make you feel like a Jedi. With later episodes introducing the ability to use the force and Imperial blasters, fans will be able to live out their wildest fantasies in this space opera.

Countering the epic set pieces and battles are simple, tactile puzzles, often requiring you to poke and prod objects until something happens. Although they lack any difficulty, they act as fun busy work to entertain whilst plot points are developed. 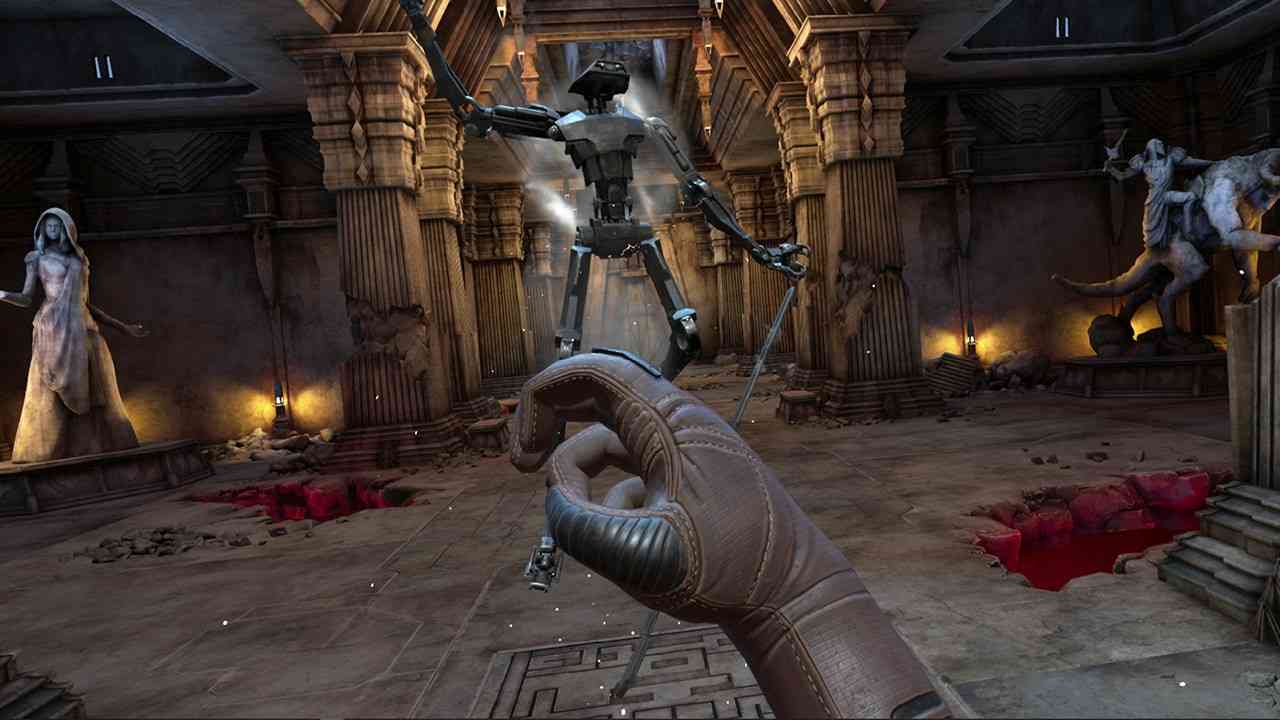 In order to keep the game accessible, ILMxLAB has opted for teleportation and click turning. Although this has been well implemented, it would have been nice to have other movement options. The only free movement is with the climbing segments, which are plentiful, however, these quickly turn back to static sections once you reach the summit.

Although the campaign is short, a different Lightsaber Dojo is packaged with each episode. These wave-based modes allow you to use the skills learned with its respective episode in a frenzied fight, adding longevity and making this an excellent addition to the game.

Vader Immortal: A Star Wars VR Series succeeds in its goal of making you feel like a Jedi. With a high production value, intriguing plot, and excellent cinematics, the game will leave fans of the franchise in awe. However, with little gameplay and a short runtime, this is more of a VR experience than a game. 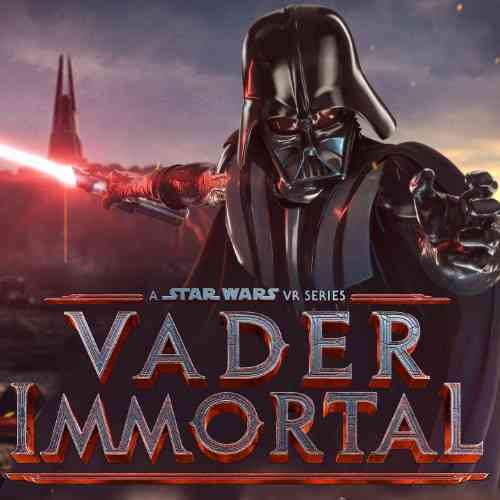