The Star Wars series has been involved in the video game world for quite a while, whether it be Knights of the Old Republic or even Star Wars: The Old Republic MMO. Star Wars video games have featured on various consoles and systems and have taken players on journeys across many galaxies. ILMxLAB is Lucasfilm’s immersive entertainment studio that works on innovative video games with interactive storytelling, unique visuals and mixed reality experiences. The company creates worlds where players can become heroes and take on their own personal adventures. ILMxLAB’s latest work is Vader Immortal: The VR Series, which is a cinematic, narrative experience connected to the events of Star Wars: Secrets of the Empire and set between the events of Revenge of The Sith and A New Hope. The Vader Immortal Special Edition officially hits shelves for the PlayStation VR today. This version is available in North America and Europe for USD$22.99 at major retailers such as Best Buy, Gamestop, Target and Amazon. 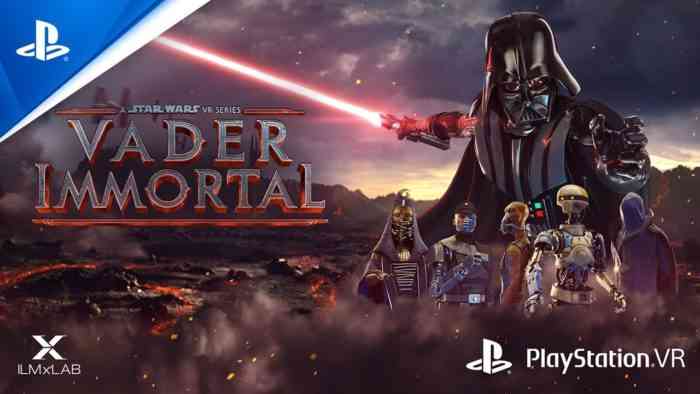 The Special Edition includes Episodes I, II and III along with other goodies from the Star Wars universe for the fans. Some of the extras included in the Special Edition are a digital artbook with unreleased art and insights into the making of Vader Immortal, a new behind the scenes video about the making of ZO-E3, the droid companion and two collectible post cards. Vader Immortal lets player experience the journey of a smuggler near Mustafar, where Darth Vader calls his home. The player must uncover an ancient mystery surrounding Darth Vader himself which takes him on adventures around the planet and more. This interactive journey is written by David Goyer and features Maya Rudolph, who voices ZO-E3, the droid sidekick.