Destroy All Humans! 2 – Reprobed May Have Been Revealed By Mistake

A remake for Destroy All Humans! 2 has just been confirmed by PlayStation via social media, but the post has since been taken down. In the now-deleted tweet, the remake, titled Reprobed, will be making its way to PS5 consoles. Unfortunately, there was no mention of an exact release date. The trailer also confirmed that Black Forest Games and THQ are working hand in hand for the remake. 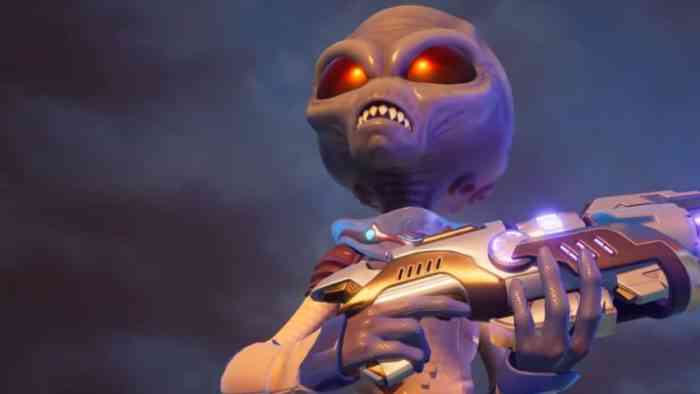 The devs working on Destroy All Humans! 2 – Reprobed have not made any official announcement, which was why its community was a bit surprised when the PS5 trailer was suddenly shared on the Internet today. However, it was not too surprising, since Destroy All Humans 2 fans have been teased by THQ Nordic multiple times beginning in February this year.

In a video that announced a discount for Steam users, the franchise’s lead characters who were featured in both the original title and the sequel were revealed. Several months after that first tease, one Destroy All Humans! 2 fan found out that Black Forest Games was working on a game that was codenamed Project Cattleprod 2.

The tweet that revealed the PS5 trailer for Destroy All Humans! 2 has already been deleted, but screenshots of the posting are currently making their rounds in the gaming community. The seemingly accidental reveal was posted ahead of a planned THQ Nordic 10th anniversary livestream that is scheduled for later this week.