I Think This Calls For The Jumbo Probe

I fondly remember the days of childhood visits to the video store, and if I close my eyes and think hard enough, I swear it’s as if I’m there. Buttery popcorn wafts through the air, and candy adorns the front counter. The same movie that’s been running on repeat all week rolls its credits once again. A patron complains her copy of Juwanna Mann is scratched, and the DVD player won’t read the disc. And there’s me – scanning shelves and desperately trying to decide what’s going to keep me entertained for the weekend.

It’s within this memory – within this aura of a time that I loved, yet, is long passed – where I’ve left Destroy All Humans. And that’s probably why I was so excited to get a chance to review Black Forest Games’ update to Crypto’s original 2005 adventure. After fifteen years of advancements in the industry, this remaster would surely encapsulate all of my warm, nostalgic recollections into a shiny new package fit for the year 2020, right?

Wrong. Destroy All Humans’ resurrection is a stark reminder that, sometimes, the past may come back and bite you in the ass.

The B-Movie style narrative used to tell the tale of Crypto, Pox, and their alien invasion admittedly remains effective, as it did all those years ago. Character models are horrific, however, looking as if they’ve been pulled from the darkest depths of a console era that died three generations ago. Everyone has a stiff, mannequin-like presence to them that ends up being more distracting than anything. Offsetting this, though, are the actor’s performances. While the script certainly won’t be winning any awards, the comically violent writing often provides enough laughs to at least maintain interest. Crypto’s gleeful pessimism is still front and center, and he remains one of the most uniquely charming characters you’ll ever step into the shoes of. And there are a few twists and turns that I genuinely had fun rediscovering. Dialogue is delivered with an over-the-top cadence that any fan of classic film will get a kick out of, routinely striking the delicate tight-wire balance of becoming so bad it’s good.

But as any great trapezist will tell you, even what we find to be the most steady can come toppling down. And that perfectly sums up the rest of Destroy All Humans. What begins as the potential for greatness turns into a failed sideshow act once you get under the hood and start controlling Crypto. See, Destroy All Humans never plays as if it’s a game made in 2020. Amongst several issues, at the head of it all is that the game still feels as if you’re on a PlayStation 2. Framerate issues rear their ugly head anytime things start to get chaotic. Bizarre, invisible limitations get in the way, like needing to stand in a specific, unmarked spot to interact with objectives. Horrific pop-in issues plague not only the gameplay but cutscenes alike. And I can put this sort of stuff aside as long as the loop remains satisfying. But more disappointing than any technical limitations, Destroy All Humans just isn’t as fun as I remember it being. 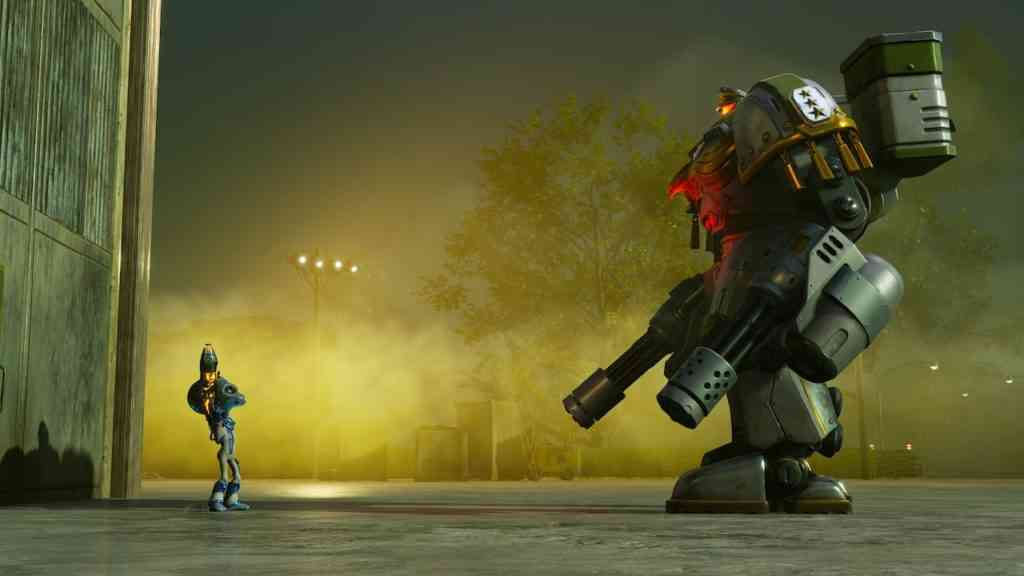 A lot of the reason Black Forest Games have missed the mark here is that the mission structure may have been engaging fifteen years ago, but struggles severely in modern times. There are only so many instances you can disguise yourself as a civilian, or scan an entire group of people before it gets old. And most of the objectives revolve around a few of these basic principles. Go here, scan this person, destroy that thing, escape. It’s cute for the first couple of hours, especially when you start paying attention to the reactions and dialogue of the townsfolk you’re tormenting. But once the honeymoon period wears off, you’re left to lazily drift through repetitive mission after repetitive mission. Replayability is encouraged through optional events like races, abductions, or rampages, but nothing ever felt worthwhile enough to go back to.

I shouldn’t say playing Destroy All Humans was entirely bad. It’s undeniable that there are a few combat quirks that remained amusing throughout its campaign. Operating your saucer turns out to be an absolute bore, as you’ll only ever be tasked with blowing stuff up. But the explosion effects are brilliant, and at least did enough to keep me engaged during the dullest moments. On the ground, chaining together an electrical arc using three or four enemies and witnessing the shocking results is incredibly humorous. Hitting someone with the anal probe and watching them scurry away clenching and in complete panic never got old. And seeing a group of agents turn into skeletons before slowly crumbling to ash was always fulfilling. For the most part, the audio is fantastic, lending a huge hand to the hilarity of these situations. But these moments are only a small part of a puzzle that’s missing several pieces, and I can’t help but imagine that if this sort of love had permeated all aspects of the game, Destroy All Humans might have been worth the effort. 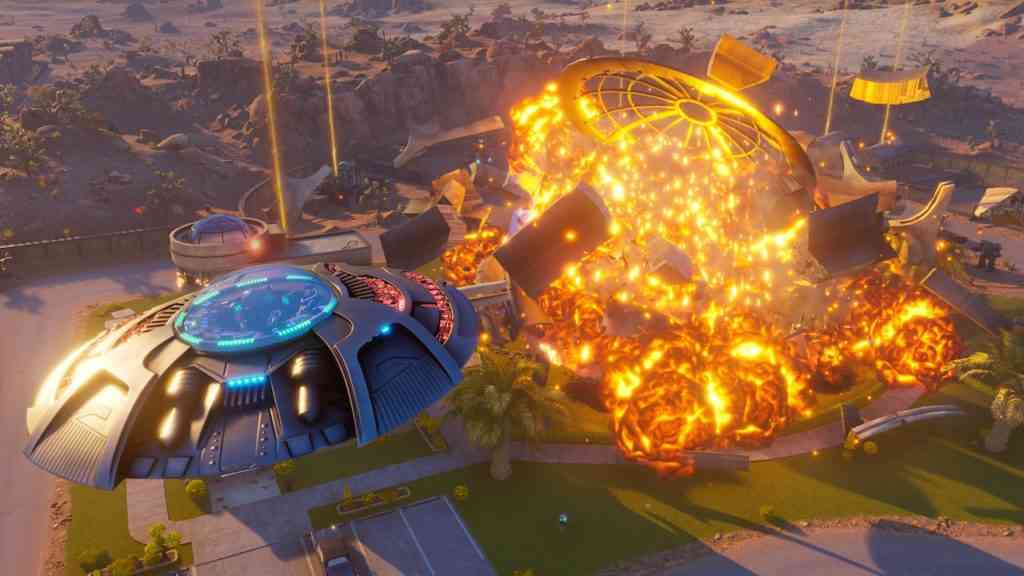 I can still close my eyes and transport myself to my childhood. The sights, the smells, Juwanna Mann, it’s all there – But no longer is Destroy All Humans. Was it always this bad? Or was the original merely a product of its time, having no business in the year 2020? Either way, this remaster has been the sort of letdown that’s made me reconsider if anything from my childhood was as good as I remember. Atrocious character models, excessively repetitive missions, framerate drops, pop-in issues, and an overbearing sense of monotony and boredom cursed my time with Destroy All Humans. You did it, Crypto. You destroyed this human. 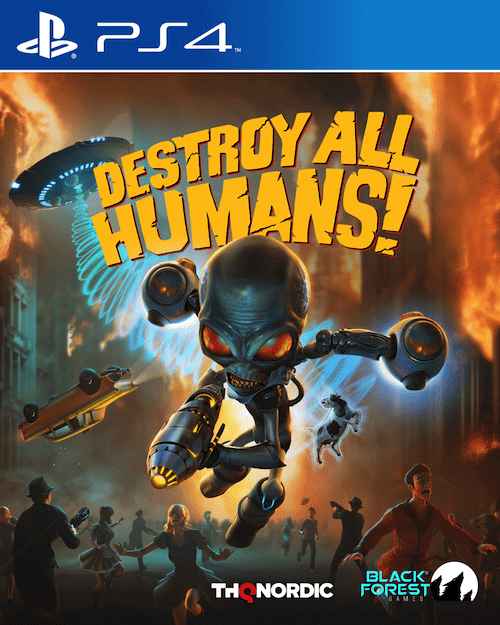