Pedal To The Metal

The COVID times of 2020 as it relates to sports are very interesting indeed. With all the social distancing in place which restricts fans from watching their favorite sports in person, it’s a unique time for sports video games. Many sports are trying to carry on in the real world with truncated or abbreviated seasons, so the only way fans can experience a full regular 2020 season is to create them virtually via video games.

NASCAR Heat 5 allows fans to simulate the 2020 NASCAR season. Developer 704games realized this opportunity and took advantage of it by releasing this game less than a year after NASCAR Heat 4. Sports games sit in a unique position for developers. They are able to release a new version every year with updated rosters and players at minimal effort once the game engine is developed. The challenge for sports game developers is to provide sufficient tweaks and updates over the previous version of the game to entice players to purchase the most up-to-date version of the game. Does NASCAR Heat 5 grab the checkered flag as far as getting a worthy update? Let’s suit up, buckle in, and see.

Like GT3 racing, NASCAR attracts a specific group of racing fans and thus appeals to a subset of an already niche market. It’s for this reason the game developer needs to do everything possible to entice fans by procuring the licensing for official tracks and teams. NASCAR Heat 5 has accomplished that. All the official 2020 NASCAR teams, cars, drivers, tracks, and schedules make up the bulk of the game. Also included are the latest liveries for each car. In NASCAR, the teams change liveries over the course of a racing season. It is expected the Season Pass will include updated liveries.

NASCAR racing has its roots in the south, and the game’s presentation echoes that. From the title graphics and music, this is a no-pretensions, rock ‘n roll vibe. Fortunately for those of us that are not fans of generic rock music in the menus or the pre and post-race interludes, the music can be turned off. It’s the first thing I did, but the problem with doing that is the game loses any character it may have otherwise. This is because the rest of the game does little to generate any excitement. Racing should raise your adrenaline levels, get your heart pumping, and elevate your senses. Heat 5 leaves you feeling like you took the family out for a Sunday drive. 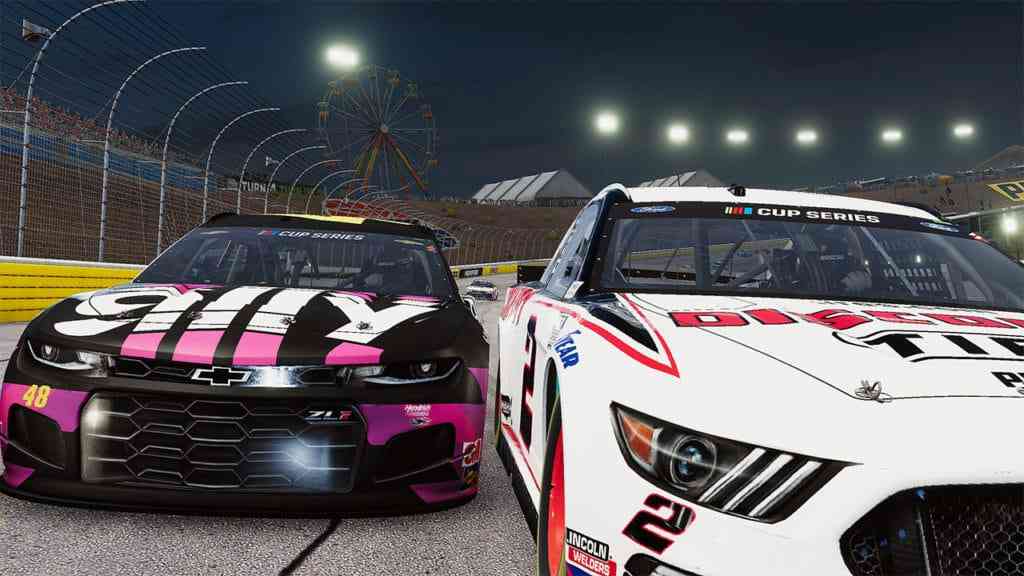 From the main menu, you can select Career, jump into a quick race, pick split-screen or online multiplayer, or look at your profile and your cars. Oddly enough, ‘Options’ – where you select control schemes, audio levels, etc. – is a sub-option down at the bottom of the screen. From the career mode, you can choose one of the four championship series: the main NASCAR Series, the feeder NASCAR Xfinity Series, the Gander RV & Outdoors (say what?) Truck Series and finally the Xtreme Dirt Series. For the purists, these are all officially sanctioned events that give you a tidy 34 locations and 120+ liveries to play with.

Most of the locations are ovals. So be it on asphalt or dirt, after hours of making left turns, your attention starts to drift off. Did I mention those Sunday afternoon family drive vibes? Because utilizing a Force Feedback wheel doesn’t exactly enhance the excitement. Playing with a wheel offers up little more immersion than using a controller. There is no feedback when you are going down the straight sections, which is part of the dullness of the races. To be fair, in the Dirt Series, you do get more feedback, but it’s all the same level with no fine details being communicated. In all the series’, all the feedback comes from the cornering, but even there, it’s a mixed bag. Halfway through the curve, you can’t change the line of the car no matter which way you steer. About the only thing you can replicate is diving into a corner too quickly, which will fling you across the track and into the wall. This is a racing game where using a Force Feedback wheel has no inherent advantage over a simple controller. 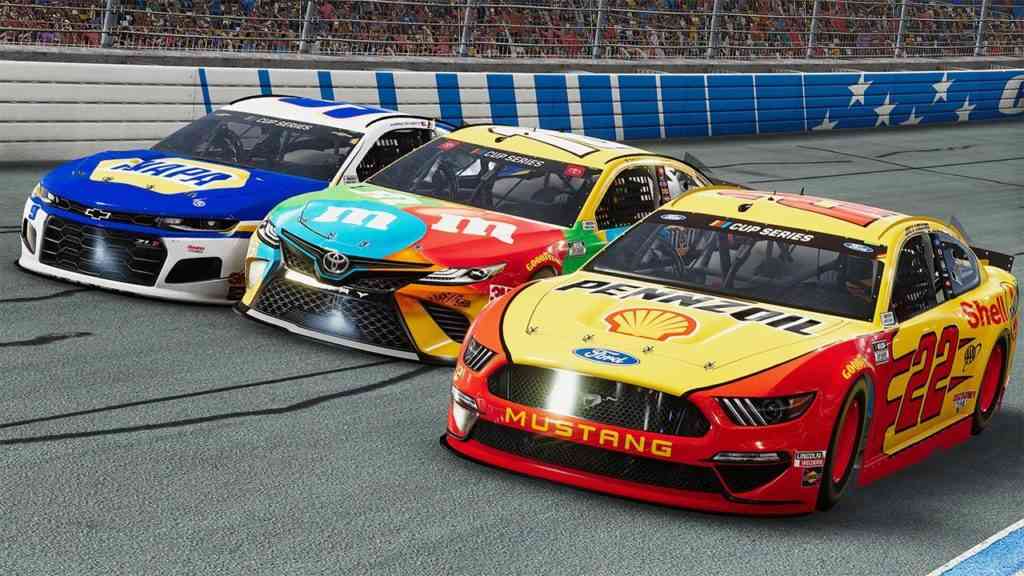 Graphically the game looks OK, and the framerate is constant with no input lag. A high point is the effects on cars from the stadium lighting. Engines growl appropriately, and tires squeal effectively. One thing that gets old quickly when dirt racing is the sound of gravel bouncing around underneath and around your car. Another area where the audio is lacking is under the options where tire sounds, crowd noise, and other unrelated sound effects are lumped together. Truly odd. Tire sound is vital in sim racing as it tells you when you are on the limit. It’s the sim racer’s substitute for G-forces and should have its own volume control setting.

I’ve not played the previous games in this series, but from what I can see, Heat 5 doesn’t offer much more than Heat 4. NASCAR Racing is not for everyone, and compared to other sim racers out there, this is easily the tamest of them all. The game does nothing badly, but neither does it excel at anything. It’s truly a middle of the road racing sim. Hardcore fans are the only ones that will want to suit up for this iteration. 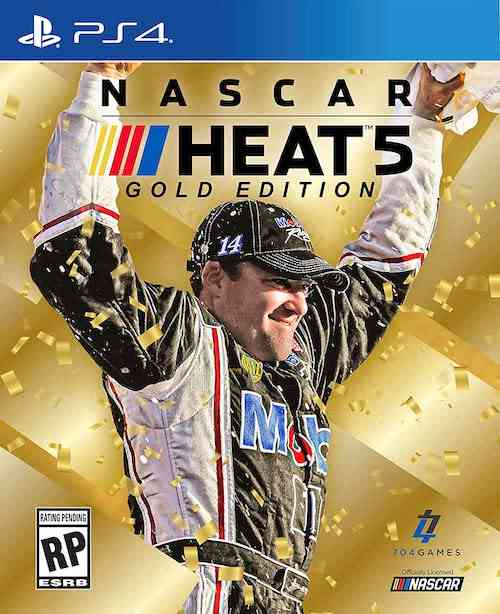