Assassin’s Creed Valhalla will be getting its Viking Age Discovery Tour expansion on October 19th. This DLC is an educational experience for Assassin’s Creed players, allowing them to explore, as well as interact, with the franchise’s Viking Age world. The good news for its fans is that the DLC will be absolutely free for those who already own the game. 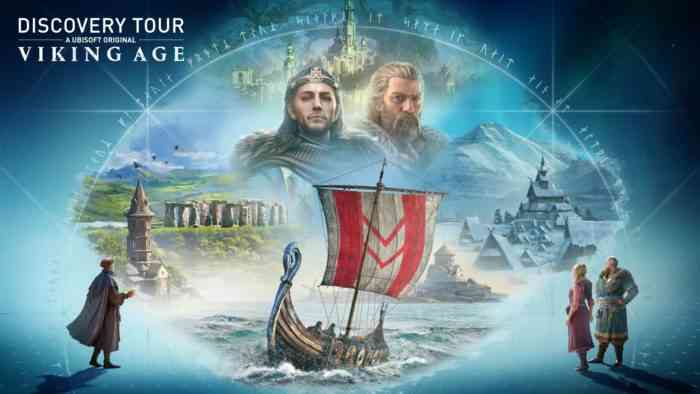 The upcoming Assassin’s Creed Valhalla Viking Age Discovery Tour expansion was designed with input from both archaeologists and historians. According to Ubisoft, the DLC “will transform the game’s world into a non-violent, educational experience that players can freely explore to learn more about the places, people, and cultures of ninth century England and Norway.”

A standalone version of the expansion will also be made available for PC gamers from both Ubisoft Connect and the Epic Games Store at only £16.99 on its launch date. Moreover, it will become available for other consoles, namely, Xbox One, Xbox Series X/S, PS4, PS5, Luna, and Stadia sometime in early 2022.

As opposed to the guided tours that were featured in previous Discover Tour expansions that walked players all over Ancient Egypt and Ancient Greece, the Viking Age DLC will allow players to actually assume the roles of a variety of characters, following their stories and completing certain missions. This narrative-led Assassin’s Creed Valhalla expansion will also allow players to examine the historical objects and locations in order to learn more about them and their origins in the real world.

Amnesia: The Bunker Set to Terrify in May
Next
Destroy All Humans 2 Remake’s PS5 Reveal Trailer Was Taken Down
Previous
Nintendo US Has ‘No Plans’ to Lower Switch Console Price