A wave of graphical improvements are on their way to The Elder Scrolls Online: Console Enhanced as part of the launch of the Waking Flame DLC. This means the ESO community has a lot of tweaks to look forward to, especially PC players.

If you own a PS5 or Xbox Series S|X, you’re probably already experiencing the game’s new graphics features and upgrades, but for PC players, these changes have been rolling out slowly over the course of the last year. In fact, some of them were only implemented after the arrival of Blackwood. Now, even more updates are coming with the new DLC pack.

The biggest goal for this update was to try and get as close to a solid 60fps as possible in ESO’s performance modes on PS5 and Xbox Series S|X. The Waking Flame DLC will also be enabling dynamic resolution scaling for performance mode, meaning that each console will be able to show off the highest resolutions it can deliver at 60fps. 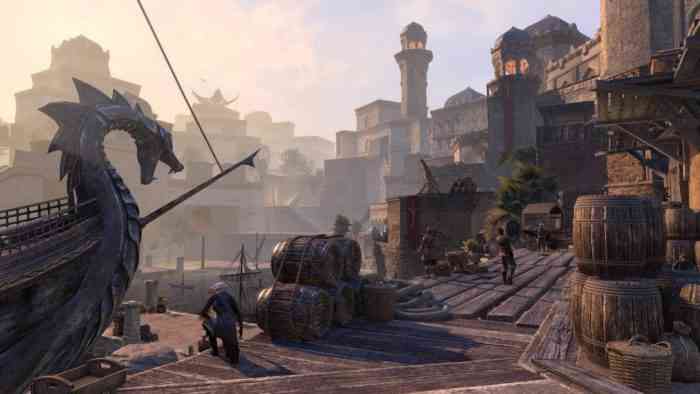 The Elder Scrolls Online: Waking Flame will be available August 23rd for PC/Mac and Stadia, and then August 31th for Xbox One, Xbox Series X|S, PS4, and PS5.

What console are you playing The Elder Scrolls Online on? Let us know down in the comments, or hit us up on Twitter or Facebook.