Although I don’t nearly have enough time to play them, I love me some MMORPGs. Why? Because more than any other genre, they allow me to create my own experience. If I’m feeling antisocial, I can solo my way through quests, or I can farm for materials and upgrades, exploring and taking my sweet zen-like time along the way. If I want the fun of group play, PvP raids or just toughing it out through a challenging dungeon with a friend or two, I can do that, too. I can invest deeply in the lore or I can ignore it and just enjoy combat. There’s almost always something new to do, and if not I can just roll another character and see where the journey takes me.

Until relatively recently, MMOs were the domain of PCs, but of course, that’s changed and games like Conan Exiles, Final Fantasy XIV, and Elder Scrolls Online not only have large player bases, but the games themselves keep evolving towards feeling totally at home on consoles. Both FF XIV and Elder Scrolls have had facelifts for the current-gen consoles and are impressively improved, but there are significant differences. The visual upgrades make them both attractive but also highlight their strengths and expose their weaknesses. FFXIV includes a vast amount of content but it also continues to rely on mechanics, storytelling, and quest design from the early days of the genre. It also has an incredibly cumbersome and at times indecipherable interface, and the quests drag to a dialogue-laden crawl when they need to move. 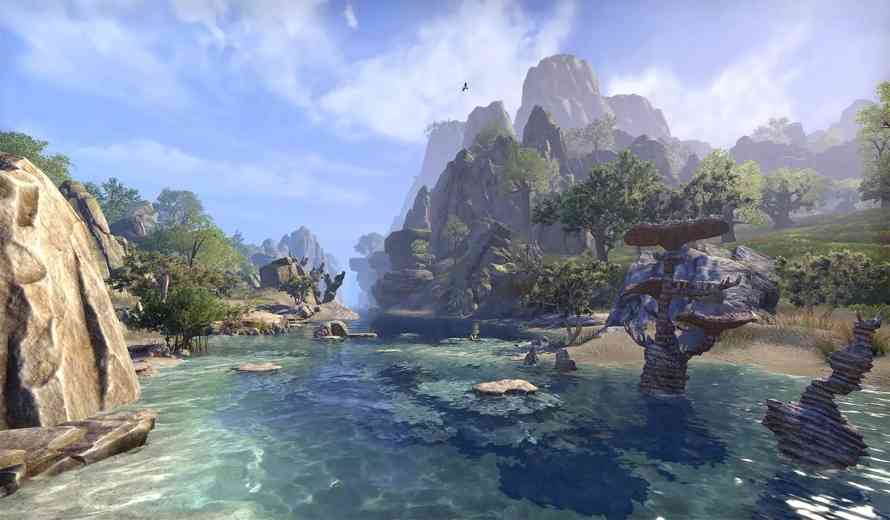 I’ve played Elder Scrolls Online from day one, dipping in for a while for each new expansion or major content release, and while the structure of each new chapter might have become a little predictable, the breadth of engaging stories, characters, and environments has never disappointed. The developers know well how to craft and pace a campaign and to fill the hours with not just challenging dungeons, but with really rich and incredibly well made lore that includes personal stories, political intrigue, and cultural clashes. All this was certainly true of the Blackwood expansion, and I was reminded again that Elder Scrolls Online has the absolute best and most consistently beautiful music of any MMORPG. The UI in ESO is a model of “get out of the way until needed” efficiency and the controller fits gameplay like a glove. I am extremely disappointed that Amazon Games new MMORPG, New World, will eschew gamepads entirely and restrict control to mouse and keyboard only. Controllers work in this genre. 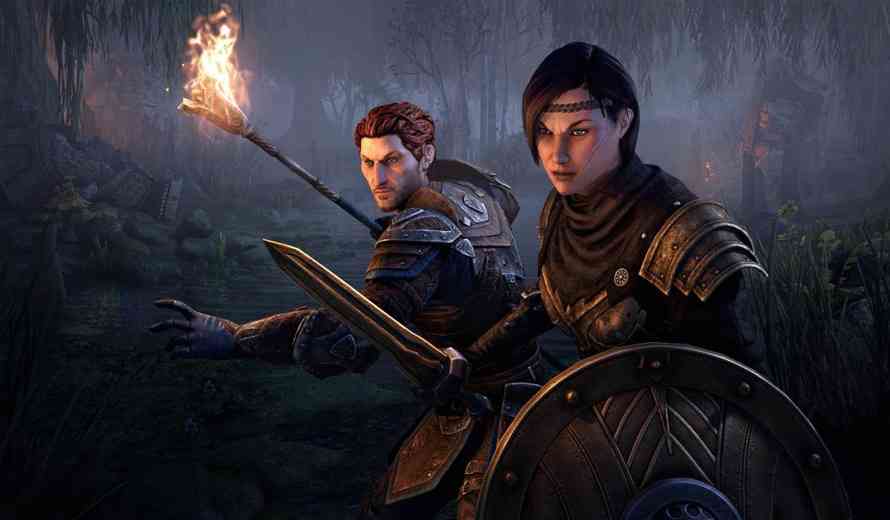 The Version to Play

The free PS5 upgrade to the enhanced edition just makes an already graphically-impressive game look as current gen as a years-old game possibly can without an entire makeover. Lighting, textures, draw distance, reflections, particle effects all look great and in performance mode at 60 fps, pop-in is almost entirely a thing of the past. The Elder Scrolls Online has excelled in crafting widely varied zones with incredible architecture, flora, and fauna, and thanks to the upgrade, the entire map shimmers, and pops, nighttime is textured and mysterious and dungeons drip with atmosphere, especially using the quality setting (4K at 30 fps). Character models still vary a great deal, but they’re sharper and the textures are more detailed. What else is better? Load times are noticeably faster and entering and exiting dungeons or fast travel is improved. It’s a bit disappointing that all the potential of the DualSense controller wasn’t a little more realized as part of the upgrade, although not entirely ignored. 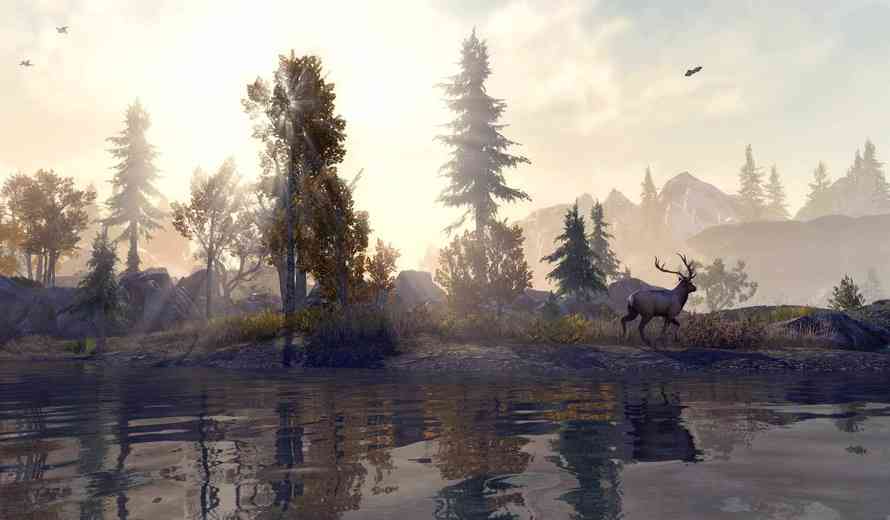 What appeals to individual gamers is, of course, subjective but I’ve long felt that Elder Scrolls Online is the best MMORPG on consoles thanks to its world-building, lore, quests, story, and ability to reward both solo and group experiences equally. The recent introduction of companions made a solo-friendly game even more inviting. With the Enhanced Version, Elder Scrolls Online definitely steps up as the best looking and smoothest running MMORPG you can find on the PS5, and no longer feels in any way inferior to the PC version.

***PS5 code provided by the publisher for review.***

•Character models are still variable in quality
•Can be formulaic 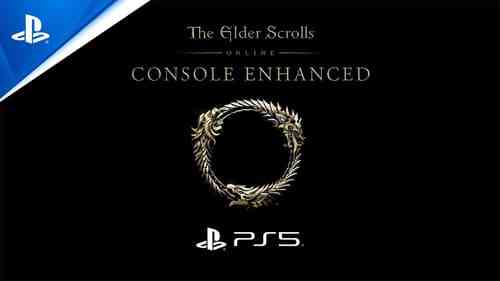