The Witcher 3 developer, CD Projekt Red released a new strategy update for the company through their YouTube and social media channels earlier today. Along with announcing that the company has acquired the Canadian studio, Digital Scapes in order to open CD Projekt Vancouver, they also announced some information about their games — including the announcement that the Witcher 3’s next-generation update will be releasing later this fall.

While the bulk of the presentation focused on the company’s new direction regarding its core values and objectives moving forward, they did touch on their two most popular series, The Witcher and Cyberpunk 2077. 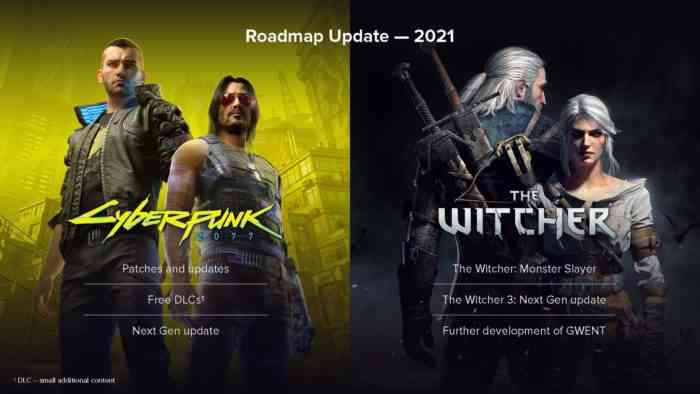 While brief, the strategy update did mention that The Witcher 3 next-generation update will release in the 2nd half of 2021. They also announced that the mobile game spin-off, The Witcher: Monster Slayer is currently in beta for certain Android devices and is also expected to release this year. As well, they will be continuing work on the card game, GWENT.

Other than the brief mention of it releasing later this, all we know about the next-generation versions of The Witcher 3 has been known since its initial announcement in September.

The Witcher 3: Wild Hunt is coming to PS5, Xbox Series X, and PC and will include faster load times and ray-tracing for the base game and all expansions.

The upgrade will be free for those who already own the PlayStation 4, Xbox One, or current PC versions of the game and will be available for purchase as a standalone title for those who don’t. It will also allow you to continue your existing save file if playing on the same platform.

The upgrade version is currently being worked on by Saber Interactive, the development studio behind the game’s impressive Nintendo Switch port, under the direction of CD Projekt Red.

Cyberpunk 2077 Is Trying to Keep NPCs From Flashing Their Privates
Next
Dead by Daylight Is Hoping for an All-Kill With Its Newest Chapter
Previous
CD Projekt Red Acquires Canadian Studio, Digital Scapes