Japanese figure producer MegaHouse Lucrea is currently producing a figure of Makoto Nijima from Persona 5 in her Phantom Thief attire as Queen. Persona 5 continues to bring new fans to the series with the release of Persona 5 Royal, while fans of Queen will be able to get their hands on this detailed new figure for $140 USD later this year. Persona 5 Royal is available right now exclusively for PS4. 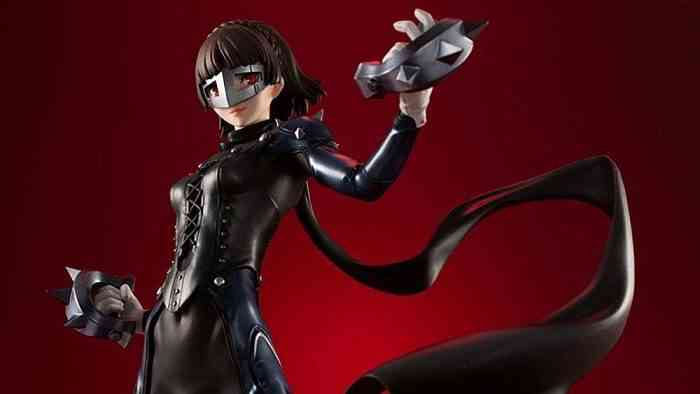 Persona started as a Shin Megami Tensei spinoff but since then, it has received a lot of attention through an anime series, a live concert, and even the Super Smash Bros. Ultimate Fighter Pass. Persona 5 Strikers most recently brought the series to Nintendo Switch for the first time, reaching an entirely new group of gamers who have fallen in love with the Phantom Thieves. Thankfully this new Queen figure can be pre-ordered by new and old fans alike, ensuring that all Queen fans can express their enthusiasm by adorning their shelves with this figure.

Currently, MegaHouse Lucrea only plans to release the upcoming Persona 5 Queen figure in Japan, but international fans will surely find ways to get it through importing. The new Makoto figure is 1/7 scale, roughly nine inches tall, and it’s listed as an ABS and PVC painted product. The prototype sculpting of the Queen figure is being done by Inui and the painting is being done by Ekoshi, ensuring the utmost attention to detail.

Will you be getting this Persona 5 figure from MegaHouse’s Lucrea? Which Persona 5 character is your favorite? Let us know in the comments below!