A bit of information that leaked back in early December has been substantiated by recent events, and if true, some of the incoming characters for Super Smash Bros. Ultimate are going to blow some minds. Spoiler Warning. 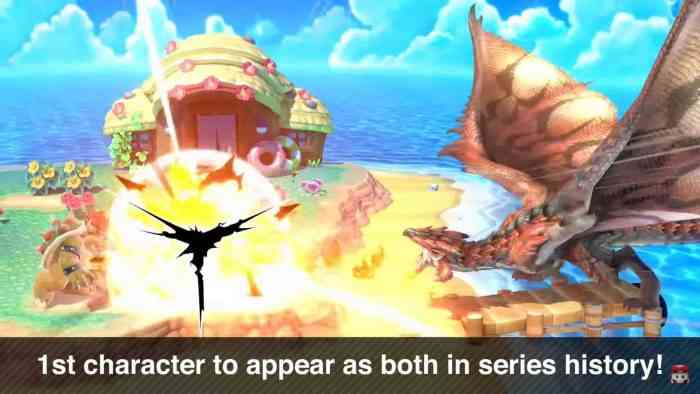 Originally reported by Gearnuke, the leak spring from Japanese forum 5Channel user Mr. Anonymous Desperate (translated from Japanese), whose original leak the yet-to-be-revealed Persona R, claiming that it would release in the first half of 2019 (which has yet to be confirmed as more information on the game is coming in March). Mr. Anonymous Desperate also leaked some details regarding the inclusion of Persona 5’s Joker early last month, saying that the included stage would be “Mementos,” and that series staple Jack Frost would be included in some way.

Then came the recent dataminer’s report, potentially ousting Dragon Quest III’s “Erdrick” as the second addition to the game, which is also referenced in Mr. Anonymous Desperate’s leak. The other 4 characters named are:

According to the leaker, Ryu Hayabusa’s inclusion is intended to coincide with the series’ 30th anniversary, which got it’s start on the NES back in 1989. They also suggest that a new Ninja Gaiden title could be in development, or a re-release.

Minecraft’s Steve will allegedly include alternate Alex (other Minecraft friend) and Master Chief skins, which could be the closest we ever see to the Chief himself appearing in Smash. The leak also seems to claim that Steve was intended to be included in the base game, but was pushed back to align with promotion for the upcoming Minecraft Dungeons.

Doomguy is apparently scheduled to be announced at this year’s E3 to line up with Doom Eternal promotion, which is also slated to come to the Nintendo Switch later this year. The character could also come with a Doom 64 palette swap skin.

Additionally, Mr. Anonymous Desperate claimed Rayman and Tekken’s Heihachi would be included as DLC in place of Ryu Hayabusa and Doomguy.

Sufficent to say, any one of these would be a shocking addition, but as it is just a rumor for now, be sure to take it with a grain of salt, and let us know what you think in the comments.

Cyberpunk 2077 Glitch/Bug Montage Leaked Online
Next
The Last of Us Part II’s Multiplayer Will Have Character Customization & An In-Game Store
Previous
The Nintendo Switch-Esque Handheld: Introducing the PiiWii