The Pokémon Company has officially released a Machamp workout video that will help Nintendo fans motivate themselves to stay active. While Pokémon fans are used to characters like Pikachu leading them through various activities, Machamp is the buffest Pokémon we can think of so this workout video may be exactly what you’re looking for to get you motivated. Pokémon Sword and Shield are available exclusively for Nintendo Switch right now. 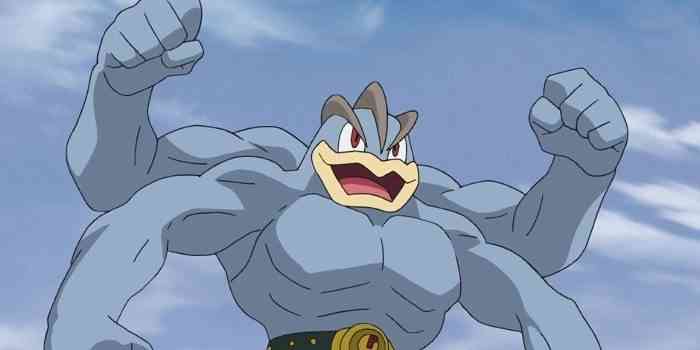 The Pokémon Company’s Machamp workout video features three Machamps standing side-by-side doing 45 seconds of stretches, 50 seconds of leg kicks and air punches, and 30 seconds of cool down. While Nintendo fans who play on the Nintendo Switch may already be on the Ring Fit Adventure workout regiment, many Pokémon fans could use the motivation to get up and moving before their day gets started. While you might not have four arms, these Machamp will still help you boost your stamina.

The Pokémon Company is based out of Japan just like Nintendo and morning activities such as stretching before sunrise have been part of the culture for a long time. This has been reflected in games such as Animal Crossing: Population Growing, Tomodachi Life, and now this Machamp workout video. While we’re all gamers, it is important to take some time out of any day to make sure our bodies are active.

Are you working out to this Machamp video or are you still playing Ring Fit Adventure? Let us know in the comments below!

A Free Content Update Is Officially Available Now In Pokemon Arceus
Next
Doom Eternal May Be Getting More DLC Next Week
Previous
Skul: The Hero Slayer Has Received Its First Major Update Since Launch