Let’s Hope Things Go Better Than They Did Last Year

It’s that time of year again. Animal Crossing: New Horizons will soon be overrun by happy little painted eggs, which players can gather up in order to craft special limited time items. This was the very first seasonal event launched last year, and it kinda showed–Nintendo accidentally put way too many eggs in the game and players complained about them replacing other materials, including the stuff we all needed to keep our islands in shape. A fix was eventually implemented on April 11th, but since the event ended on April 12th, this was too little, too late. We’re all hoping that this year’s Bunny Day celebration goes off without a hitch.

Last year’s Bunny Day trailer was fun, happy, and almost painfully cute, so we’re probably looking forward to more of the same this year. The timelines should be similar, too, which means we’ll have about 12 days to get all our eggs in one basket–literally. Players will be able to dig up eggs with the shovel, fish them up with the fishing rod, and presumably knock them out of the sky with the slingshot. No comment on whether or not you’ll be able to chase down rogue rolling eggs with the butterfly net.

Animal Crossing: New Horizons‘ first year has been full of fun events and additional content, so we’re more than happy to see one of their first attempts at expanding the island revisited. Let’s just hope it goes better the second time around. And that Isabella and Tom Nook will give us some warning so we can stockpile all the resources we need before the eggs start showing up. 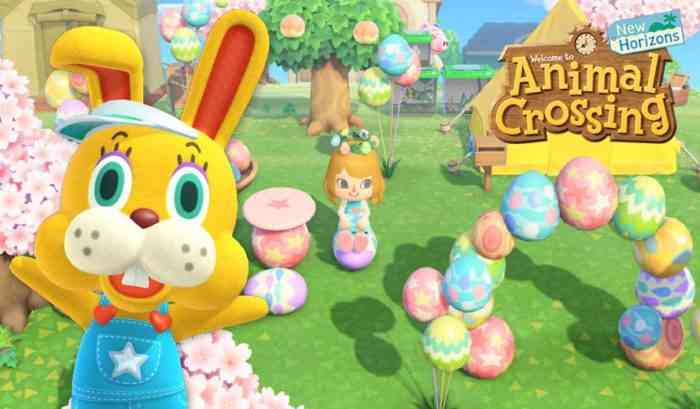 What’s your favorite Animal Crossing holiday? Let us know down in the comments, or hit us up on Twitter or Facebook.

Another F-Zero Game Is Possible, Says Ex Nintendo of America Boss
Next
An Elden Ring Trailer Has Leaked (But It Won’t Do You Any Good)
Previous
Xbox Will Not Be Hosting a Game Announcement-Type Event Soon, Despite Rumors