Twas The Day Before Bunny Day

Twas the Day Before Bunny Day and Zipper T Rabbit,

Was lurking in Animal Crossing, jonesing for his habit.

The island residents slept, all snug in their beds,

Nightmares of a Freaky Bunny filling their heads.

His eyes, so satanic! His smile, so scary,

As he hopped all about, pretending to be merry.

Although, I’m sure, you’ve heard of my fame.”

His jumping was frantic, his arms were waving,

In pursuit of his evil, demonic quest

He was ready to be a psychotic pest.

“Quick! Bring me eggs,” he would maniacally say.

“All the eggs, every egg, I want eggs EVERY. SINGLE. DAY.”

“Only eggs will make me feel right!”

Or eggs, buried in the ground, in grassy plains.”

“Eggs in the ocean, instead of fish,

Or shake a tree to add eggs to your fruit dish.” 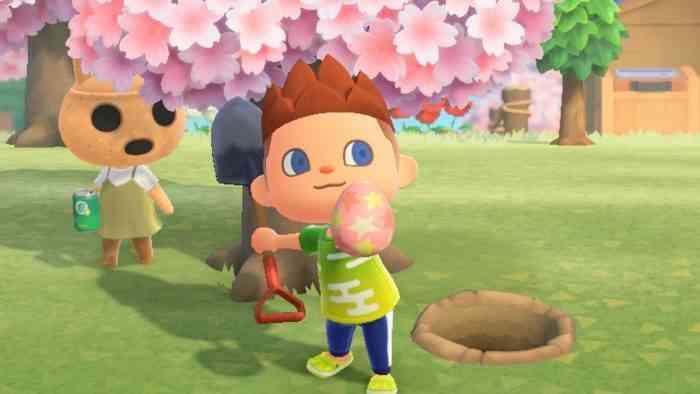 “Who needs iron when there’s so many eggs about?”

“Smack a tree with an axe, and an egg may appear.”

“I’ll be RIGHT BEHIND YOU WATCHING, so never fear!”

So the island residents did their things, afraid to see Zipper,

Thinking: “His name should REALLY be Zipper the Ripper!”

“Why doesn’t he let anyone see his back?”

“Is he afraid of being attacked?”

“I’m worried he’ll sneak into my house in the night,

Hover over my bed with an axe, a terrible sight!”

“Whenever I see him he gives me a fright,

“I don’t want his flooring, his clock or his bed,

In fact I’d be happy if Zipper was DEAD.”

“I’m tired of catching eggs instead of red snapper,

I wish I could flush all his eggs down the crapper!”

So all of the residents waited longingly for the day,

When Zipper T. Bunny would finally go away.

And many residents thought, “Would it be a crime?”

“If I trap that evil fucker inside of a fence,

So he could stop lurking around and I’d stop feeling tense.”

“I guess until then, I’ll have to just deal,

And sell all the dumb eggs to Nook’s Cranny for a steal.”

FUCK YOU and your eggs, Zipper T Bunny!

I hope on April 12th they’ll all be rotten, spoiled and runny!

Live A Live Review – Bite-Sized Adventure Buffet
Next PS5 vs. Xbox Series X: Does It Even Matter Anymore?
Previous 5 Things GameStop Can Do to Save Their Sinking Ship