5 Things GameStop Can Do to Save Their Sinking Ship

5 Things GameStop Can Do Right Now to Save the Company

It’s no secret that GameStop is having a very difficult time right now. Not only are they bleeding money, with no end in sight, but they’ve also recently received a lot of flak for how they treat their employees. During this time where many companies are being asked to close down for a few weeks (possibly more), GameStop originally said they were an essential service and would remain open. Only after massive public outrage did they decide to do the right thing. That, my friends, is the perfect example as to why they are floundering. So it begs the question: what can GameStop do to save their company from going under and closing its doors for good? Well, hopefully, they’re listening, because we’ve got a few ideas that are sure to help. 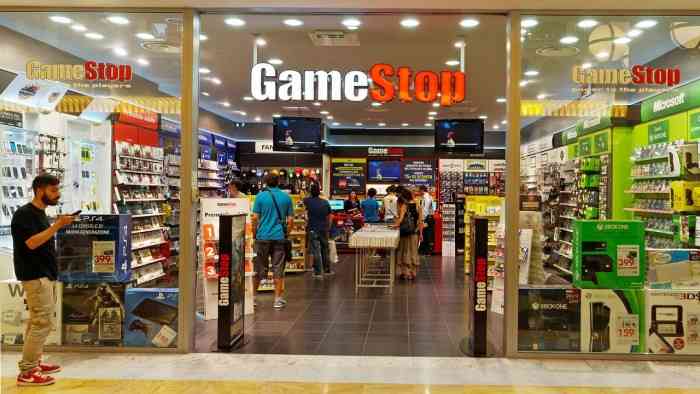 If you were to think of one thing that you associate GameStop with, outside of video games, what would it be? For me, it’s their total lack of regard for their frontline staff. GameStop has had a pattern of mistreatment of their employees for years now and up until recently, they’ve been able to get away with it. But as the gaming industry moves away from the traditional hardcopy discs and into a digital era, GameStop really can’t afford any more negative publicity. Why should gamers continue to support a giant company with little to no regard for their employees well being when they can get the games/gear elsewhere? What’s more is that there’s research that proves employee satisfaction leads to stronger performance, which in turn usually leads to more profit. Ergo, if GameStop wants to earn more, they’ve got to treat their staff better!

At this point in time, why would a gamer trade in their Xbox One S 1TB Edition for $95 USD in-store credit ($76 USD cash) when a pre-owned one at GameStop would set them back $229 USD? This isn’t realistic and offers very little incentive for gamers to trade with GameStop. That said, if GameStop offered up better trade-in values for old consoles and video games alike, it’s almost guaranteed that more gamers would begin to shop there again. If winning a free lottery ticket has taught us anything it’s that we’ll always pay that extra dollar or two to get the extra too. The same goes for shopping somewhere when you have store credit. You never spend the exact amount, right? By offering trade-in values that are more on par with what individuals could earn selling their games or consoles online, like $120-$150 for that console, that same person is likely to spend that store credit and more, on products at GameStop.


The Best Games of The Last Decade

The Boom of the Canadian Gaming Market

Importance Of Background Music At Gambling Establishments
Next Twas The Day Before Bunny Day: A Poem for Animal Crossing: New Horizons’ Current Special Event
Previous The Three Best (and Worst) Games of March 2020