Some fears are timeless. Others are very, very linked to the moment they were born. Depending on who you ask, the Xenomorph–AKA the aliens from Alien–could fall into either category. We sure didn’t come out of seeing James Cameron’s Aliens with any particular horror of the creatures, but the original Ridley Scott film sure got under our skin. Whatever you think of the direction the franchise has taken over the years, it can’t be denied that Alien: Fireteam starts out looking like a stylish team shooter and then gradually transitions into an increasingly horrific atmosphere as the creatures crawl down walls, emerge from eggs, and swarm the marines from all sides. By the time the first Xenomorph is shown sinking its claws into a marine, the illusion has been broken. This is not a power fantasy. This is a battle for survival.

Aliens: Fireteam is a cooperative third-person survival shooter that places you in the shoes of a squad of space marines who must contain a Xenomorph hive on the USS Endeavor. In other words, yes, you are Colonial Marines, but this outing already looks much better than that game. Especially in the AI department. According to the website, Fireteam will feature “over 20 enemy types, including 11 different Xenomorphs along the evolutionary scale from Facehuggers to Praetorians, each designed with their own intelligence to ambush, outsmart and eviscerate vulnerable marines.” To stand a chance, the marines will have to “choose from five unique classes – Gunner, Demolisher, Technician, Doc and Recon – each with their own special abilities and character perks. Utilize an extensive arsenal of 30+ weapons and 70+ mods/attachments in your effort to eradicate the Alien threat.”

Personally, we’re really hoping this will end up with a Left 4 Dead-style versus mode, because the chance to play as a Xenomorph and hunt down the marines would be a dream come true. Please, we know an alien victory wouldn’t be canon-compliant with the movie timeline, but it would be amazing. We might cry. 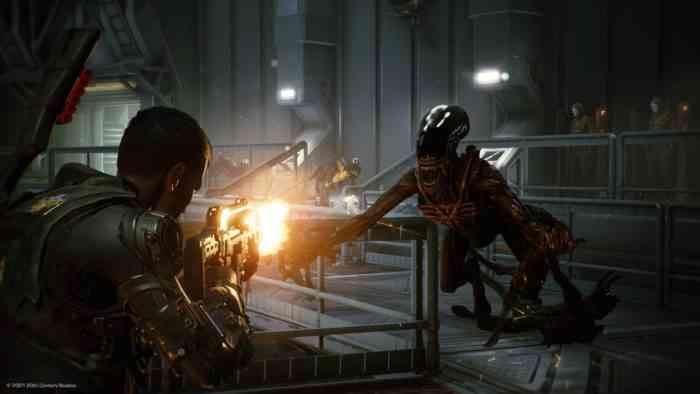 Aliens: Fireteam will arrive on PlayStation 5, PlayStation 4, Xbox Series X, Xbox One, and Steam in Summer 2021.

How much do you want to play as a Xenomorph? Let us know down in the comments, or hit us up on Twitter or Facebook.