Xenomorphs in Aliens: Colonial Marines Were Terrible Due to a Simple Typo

Note: ‘Tether’ Is NOT Spelled ‘Teather’

It’s been five years since the disastrous Aliens: Colonial Marines launched to poor reviews and widespread mockery on the Internet.

One of the most frequently criticized aspects of the game was the poor A.I. of the xenomorphs. These were supposed to be the apex predators of the Aliens universe yet they mostly seemed to just bumble around until the player killed them. Well, it turns out their A.I. was significantly hindered due to a misspelled word in the game’s files. 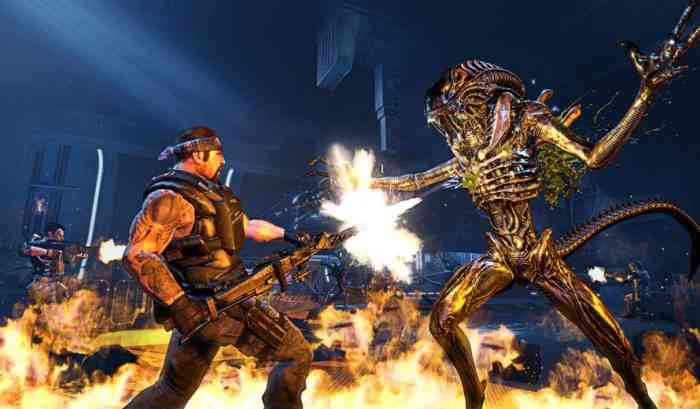 According to a post on Mod DB, there’s a word in a line in the game’s INI files that’s supposed to be spelled “Tether” but is instead spelled “Teather”. When this typo is fixed, the difference in the xenomorphs’ behavior seems pretty significant.

The xenomorphs look more competent and dangerous than they did before and actually seem like a threat. “The Xeno’s are insane now,” explained the post’s author. “Unfortunately they do still stand still at times. But its much rarer than it was.”

“They run around on the walls and roof alot more now and jump ontop/over tables and cabinets more making it much more difficult to deal with multiple of them,” the author added.

If you’ve tried out this fix then tell us how different Aliens: Colonial Marines is after “Tether” has been spelled correctly.