Saber Interactive and 2K Games are bringing tons of new wrestlers to the WWE 2K Battlegrounds roster, and the character rollout has officially begun. Mr. McMahon was one of the first wrestlers added in this rollout, while Vader just released, and The Brian Kendrick is coming next month. WWE 2K Battlegrounds is available right now for Xbox One, PS4, Nintendo Switch, Google Stadia, and PC. 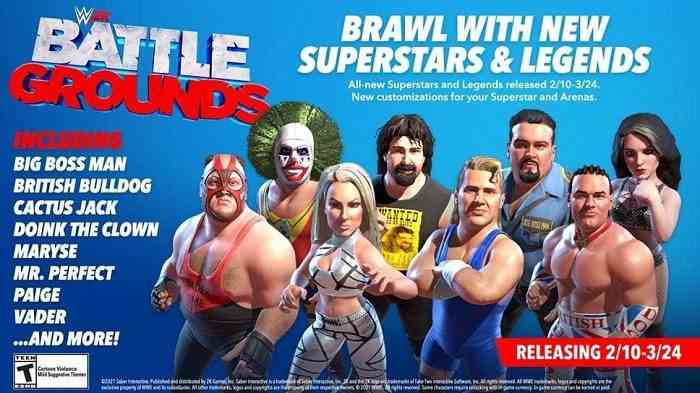 While wrestlers such as Otis, Chyna, Tyler Breeze, and Mark Henry have recently been added to WWE 2K Battlegrounds, 2K isn’t done adding big names to the arcady fighting game. The latest rollout of characters goes until March 24th, bringing with it new wrestlers to the roster each week.

The final wrestlers being added to WWE 2K Battlegrounds with this rollout are The Brian Kendrick, Lana, and Typhoon releasing on March 10th, and Curtis Axel, Bo Dallas, and Alundra Blayze release alongside the WrestleMania 37 Arena on March 24th. Which wrestler are you excited to see join the WWE 2K Battlegrounds roster? Let us know in the comments below!


Kingdom Come: Deliverance Is Coming to Switch, For Real This Time