Wrestling fans have had to deal with a mountain of mediocrity over the past decade. The WWE 2K games have routinely struggled to capture the magic of the once-proud Smackdown series, and players have been salivating for a wrestling game that’s simply fun to play. Now, developer Mad Dog Games is looking to help 2K steer the ship in the right direction with WWE 2K Battlegrounds. Check out the official trailer below.

2K Battlegrounds is boasting a roster of over 70 superstars at launch, with several different match types to take part in. Fatal Four Ways, Steel Cage Matches, and the Royal Rumble are just a few of the fan-favorites you can expect to see. And all of them will feature a unique twist in the spirit of the zaniness of Battlegrounds.

From the trailer, we see The Undertaker launching Braun Strowman into the air for a 30-foot chokeslam. Sergeant Slaughter tossing Shawn Michaels into the mouth of a hungry alligator. And Roman Reigns mercilessly beating Stone Cold Steve Austin over the head with a motorcycle. What else could fans of professional wrestling want?

Given the recent embarrassment that was WWE 2K20, you can imagine 2K is looking to come back strong this year, and 2K Battlegrounds might be precisely what the doctor ordered. Loyalists of the WWE 2K franchise have stressed for years that it would do the series wonders to take a year off to reset. And it’s looking like 2K Battlegrounds will bridge the gap until the next game in the official lineup nicely. 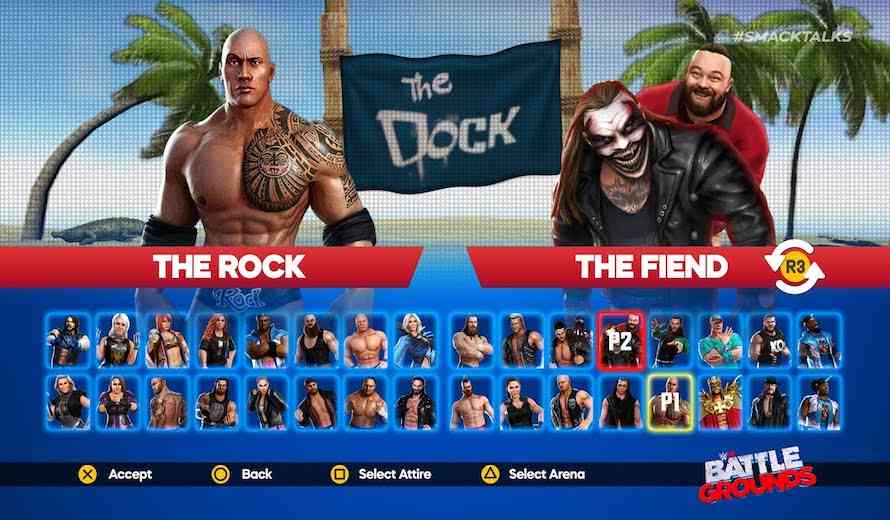 What are your thoughts on the next wrestling game coming from 2K? Are you excited? Sound off in the comment section below and let us know.


AEW: Fight Forever Latest Trailer Shows Off A Lot of The Gameplay