What a Can of Worms…

So, let’s lay down some basic facts. Nazis: bad. Punching people: bad. Punching Nazis: legally bad, but morally good. In recent years, there has been a trend in Western society where people are openly violent toward neo-Nazis. People say that Nazis are the very thing our great-grandparents fought against in World War II, but there are also people saying that you can’t just go around attacking people with different beliefs. Both statements are generally true. In Undead Labs’ State of Decay 2, some characters have a trait called “Punched Nazis”, which attracted a lot of attention in the past couple of weeks. 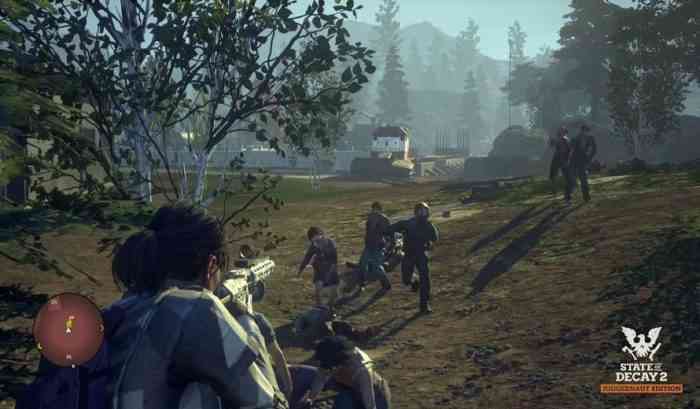 Different traits in the State of Decay games affect a character’s skills in either positive or negative ways. Up until recently, the Punched Nazis trait had a negative effect on surrounding community members labeled “Irritable towards other people”. Twitter user @Worthless_Bums (great name, man) first drew attention to this, bombarding the State of Decay and Undead Labs Twitter accounts. They accuse Undead Labs of being Nazi sympathizers for attaching a negative effect to this trait. Over the course of several days, this tread on Twitter (consisting mostly of @Worthless_Bums) amassed dozens of replies demanding an answer from Undead Labs. Eventually, both accounts blocked them.

BUT WAIT PUNCHED NAZIS IS A NEGATIVE TRAIT

Now, we at COGconnected condemn Nazis of past, present, and future, but it appears that you don’t need the Punched Nazis trait to be “Irritable towards other people.” Eventually, Undead Labs made the change to this trait and removed the negative effect, while keeping the part that enhances Fighting experience. State of Decay 2 is available on PC and Xbox One.

Do you think this response from the community was warranted or blown out of proportion? Let us know in the comments below.

Bethesda Founder Very Interested by Microsoft Acquisition
Next
Terraria on Google Stadia Is Back On
Previous
Dead by Daylight’s New Chapter is Coming Soon, and it Might be a Doozy