State of Decay 2 will have some significant changes to its zombie hordes. It looks like Developer Undead Labs is changing how the undead take over the world. With these new changes, the zombies now feel more like a real threat.

Although not all of the changes have been implemented in State of Decay 2, the first set is already live on the public test realm of its PC version. A live stream from Undead Labs provided the gaming public with a break down on the changes fans may have noticed in the test. 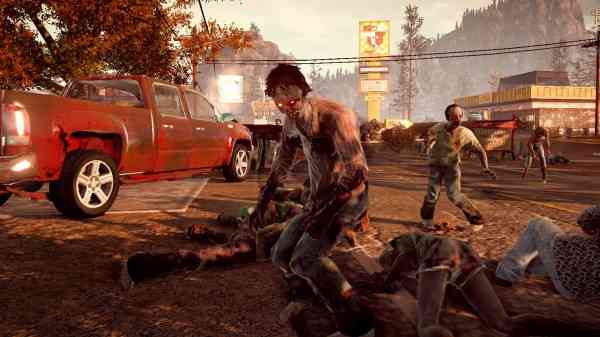 Now, State of Decay 2 zombie hordes will directly target the players’ base and outposts. Before these changes, the undead will just head to a random spot that was close by. In exchange for that extra threat, the game will notify players whenever infestations are growing bigger, or if another horde is about to attack.

With that said, players may want to keep an eye on this notifications. After all, they would definitely not want the hordes to infest their outposts. Once this unfortunate event happens, players will no longer have any passive benefits. Plus, having any hordes in close proximity to the base would give a higher possibility of a siege happening.

State of Decay 2 will now have zombie sieges dictated by how many hordes are lingering nearby. Before the changes, the sieges were based on a timer with the attack’s overall intensity determined by the community’s threat level.

“I think our vision for sieges is that these infestation-horde-triggered sieges will completely replace the randomly timed sieges,” Systems Designer Larry Wu explained. “We imagine that we are going to be able to get closer to the original vision of sieges, which was those scenes from all those zombie movies that you are familiar with—where the horde is banging on the walls and everyone barely makes it out alive.”

What do you think of these changes? Let us know in the comments below.

Halo Infinite Is Getting ‘Something Big and New’, Says Dev
Next
Astroneer Arrives On Nintendo Switch With New Update
Previous
Zenith: The Last City Will Have the ‘Largest Online Gaming World’ for VR