Xbox and Bungie Break a World Record Together

Xbox and Bungie just came together to break the Guinness World Record title for the Largest Projected Game Display. Xbox projected Destiny 2: Beyond Light onto a 180 x 105-foot-wide screen on the side of a Colorado mountain. An Xbox Series X was the hardware utilized to project Destiny 2 on the skyline of a 10-mile mountain range at an elevation of over 11,000 feet, which also made it one of the highest elevation video game projects ever produced according to Xbox. Destiny 2: Beyond Light is available right now for Xbox One, Xbox Series X/S, PS4, PS5, Google Stadia, PC, and through Xbox Game Pass Ultimate. 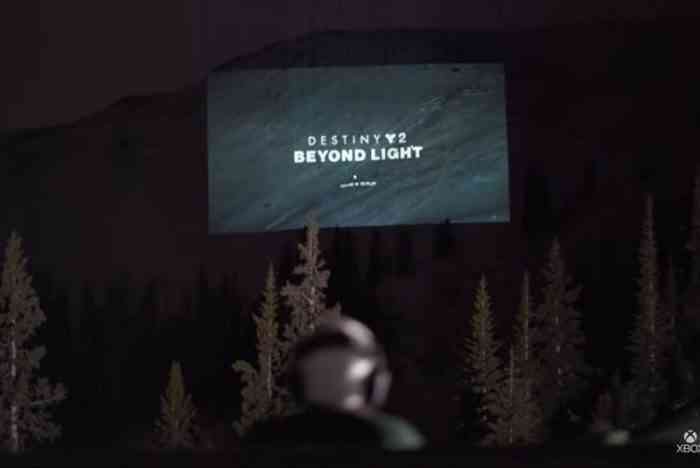 “Despite the extreme cold conditions, all the necessary equipment used to make this world record possible upheld throughout scattered snowstorms during shooting, experiencing zero system failures,” said an Xbox representative in an official statement. “The mountain also provided a fiber internet connection strong enough for the Xbox Series X, allowing for perfect gaming, without visual or gameplay delays.” Considering the frigid conditions on the Colorado mountain range, it’s shocking how well Destiny 2: Beyond Light could play on a mountain, but they definitely got lucky with a stable internet connection so high up.

Professional snowboarder Grant Giller was the gamer that joined Bungie and Xbox to break the Guinness World Record for the Largest Projected Game Display, making him one of the coolest boarders in the world. Giller spent his day snowboarding on Colorado’s Copper Mountain with a custom Destiny 2 x Xbox snowboard and matching sweater to tease other snowboarders about what was to come. Waiting until the dark of night, Giller was able to play Destiny 2: Beyond Light with a 60 FPS and 4K resolution thanks to the power of the Xbox Series X.

What mountain will be used as a screen next? Let us know in the comments below!