DrLupo Had Another Successful Twitch Fundraiser

Well-known Twitch streamer DrLupo has officially raised another $2,307,106.57 during a recent 24-hour Build Against Cancer charity live stream. The live stream included the likes of CouRageJD, Sypher PK, and Ninja who played games with DrLupo and made donations of their own to the cause. The charity DrLupo donated towards is known as St. Jude Children’s Research Hospital which is a cause anybody could get behind. Fortnite was the primary game played during the charity stream and it’s available for Xbox One, Xbox Series X/S, PS4, PS5, Nintendo Switch, Mac, Android, and PC. 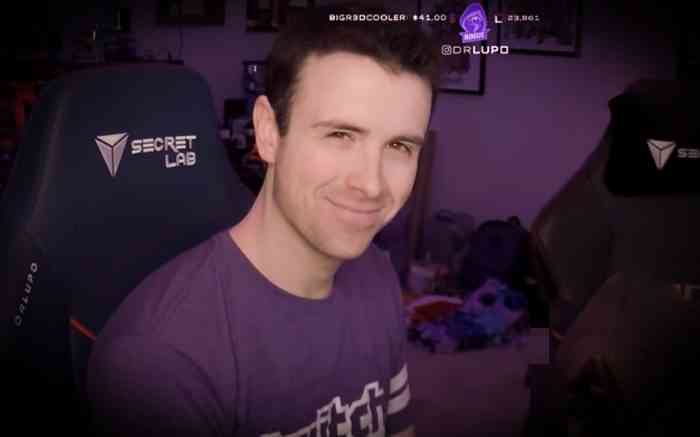 DrLupo received a huge donation from Twitch in the final moments of his Build Against Cancer charity stream, with the live streaming platform donating $1 million towards the cause. “They were INSPIRED by all the money you’ve raised, so Twitch did it AGAIN!” Tweeted DrLupo after his charity stream. “1 million donation for St. Jude Children’s Research Hospital! We are now OVER $2,118,000 to work to end childhood cancer. THANK YOU!”

“Ben, you’ve done an amazing job for build against cancer,” said Brad, an official Twitch representative who joined his live stream to unveil the $1 million Twitch donation. “I just wanted to give you this $1 million donation from 2019 on behalf of Twitch… PSYCH! Ben, on behalf of Twitch, on behalf of creators who have raised for St. Jude all year long, thank you for your hard work! That is a new cheque. That is another million-dollar donation from Twitch.”

As of right now, DrLupo has raised nearly $10 million in Build Against Cancer streams and he doesn’t seem finished yet. What charity needs another DrLupo? Let us know in the comments below!