AOC and Jagmeet Singh Play Among Us on Twitch

How Do You Do, Fellow Kids?

Last month, congresswoman Alexandria Ocasio-Cortez stepped into Twitch stardom with her Among Us stream to promote the vote for the 2020 US Presidential election, along with fellow congresswoman Ilhan Omar. She had YouTubers from all over the internet wanting to stream with her. Twitch stars like Pokimane, Disguised Toast, Hasan Abi, Jacksepticeye, xQc, and DrLupo were part of a rotating group of players in the stream. Last night, she was back at it after an invitation from Jagmeet Singh, Canada’s NDP leader. “Canadian Members of Parliament & US Members of Congress venting each other into space. What could go wrong?” 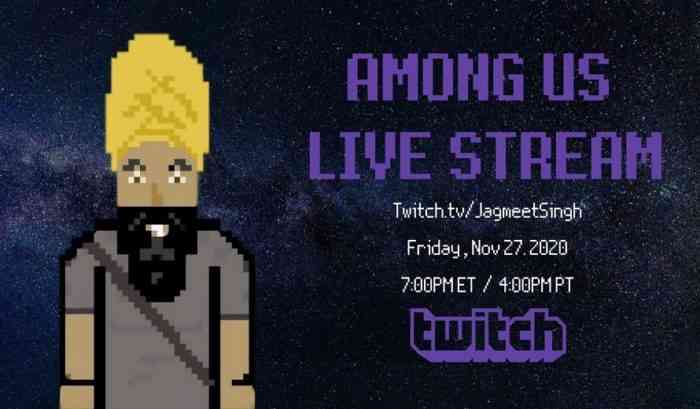 For our non-Canadian readers, the NDP (New Democratic Party) is the leftmost party of the three major political parties in Canada. Jagmeet Singh is the party leader. Being one of the most left leaning members of congress, AOC would fit right in with the NDP and be a natural friend of Singh. There is a particularly entertaining moment about an hour into the stream, where AOC witnessed Jagmeet Singh kill a player right in front of her, leading to her accusing him and a game of whodunit?

Disguised Toast, xQc, and Hasan Abi returned from the last stream of AOC’s, and were also joined by Alanah Pearce (Charlanahzard) and Adept this time. This stream raised money for local food pantries and eviction defense legal fees. As a Canadian boy, I am a little concerned by Jagmeet Singh’s ability to deceive.

Did you watch either of AOC’s Among Us streams? Let us know in the comments below.