BioWare joined several other developers at The Game Awards 2020 with news of their upcoming title, Dragon Age 4. The trailer dropped some hints as to what Dragon Age fans can expect from the upcoming sequel, with new locations, allies, and a new hero shown off during the teaser trailer. The trailer teases an ambitious game where the adventure follows your path rather than a set narrative, more in line with Elder Scrolls V: Skyrim than previous Dragon Age titles. Dragon Age: Inquisition is available for Xbox One, PS4, PC, and through the extensive Xbox Game Pass Ultimate lineup through EA Play. 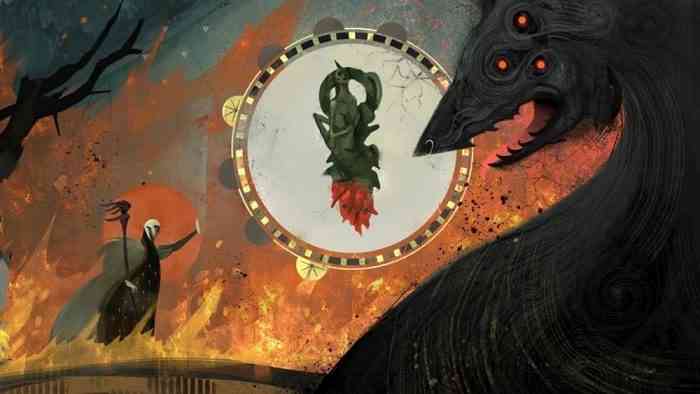 “I’ve faced tyrants and would-be gods, seen friends lose life and limb, but there’s always someone bent on breaking the world,” said the voice-over for The Game Awards 2020 Dragon Age 4 trailer. The voice-over was notably done by Brian Bloom (Varric Tethras). “It’s time for a new hero. No magic hand. No ancient prophecy. The kind of person they’ll never see coming. We’ve got your back; I’ve got your back. Demons, dragons, Darkspawn, even the Dread Wolf. This is your story.”

Considering the trailer teases the hero of Dragon Age 4 teaming with all sorts of allies, it looks like this sequel is going to have more party freedom than ever before. Dragon Age: Inquisition did a great job in making the series feel more open and gave players more freedom, but it looks like the next installment in the franchise is going to up the ante even more. We’re looking forward to seeing how many different parties we can create with the various allies of Dragon Age 4, but are also eager to know more about the plot about this ambiguous protagonist.

Are you hyped for Dragon Age 4? Let us know in the comments below!

Supergiant Unveils Trailer for Hades II at Game Awards
Next
Evil Dead: The Game is Taking All Comers in 2021
Previous
The Callisto Protocol Aims to Put the Horror Back in Survival Horror