During EA’s recent financial earnings call for the last quarter an investor asked about when BioWare would have the next Dragon Age title ready, to which EA CFO Blake Jorgensen responded with a tentative year of 2022. BioWare is currently hard at work on the fourth Dragon Age title but it may even release further into 2023 due to the development that’s still required. As of now, Dragon Age 4 is releasing in fiscal year 2022, which has it launching April 1, 2022 at the earliest and March 31, 2023 at the latest. 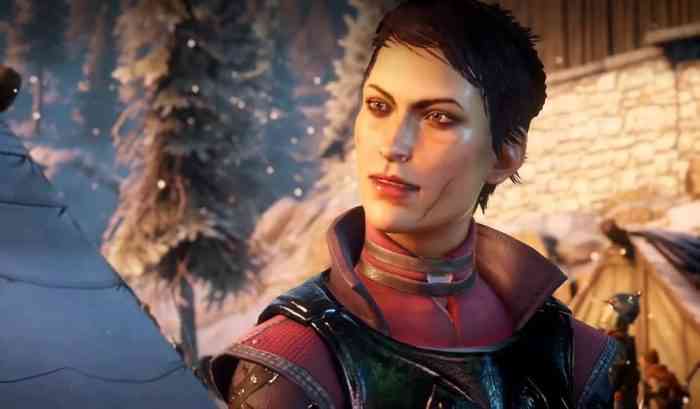 “I mean you should assume that there is Dragon Age out there and we’ve talked about it publicly that it’s in the works, and it probably comes after fiscal 2022,” said Blake Jorgensen. “But we typically don’t give multi-year guidance this early in the year or multi-year guidance period. So I don’t want to start giving 2023 guidance now that I’ve started to hit on 2022.” Though it’s possible that Dragon Age 4 may be delayed to improve it, which we’d welcome if it’s necessary, Blake Jorgensen seems confident in his release window plans for the title.

Because Blake Jorgensen only specified Dragon Age 4 when the investor inquired about BioWare’s upcoming titles, it’s likely that it’s the only title the studio is working on that’s still set to release. While Dragon Age 4 has been off to a rough start of development with Fernando Melo leaving the project, BioWare is also still making content for their critically disliked space game: Anthem. Recently Anthem saw an update that added the Season of Skulls event which added more content for gamers to enjoy. Dragon Age 4 will be getting multiplayer modes and because it was initially planned around heists, it’s likely that will be a multiplayer game mode.

Which Dragon Age is your favorite so far? Do you have a favorite questline or character? Let us know in the comments below!

Star Wars: The Old Republic Loses Its Longtime Creative Director
Next
Battlefield 6 Is Apparently a Long Way off From Its Release
Previous
Miyamoto Wins Person of Cultural Merit Award in Japan