Anthem’s Season of Skulls Puts Players in the Halloween Mood

This New Anthem Event Has Plenty of Arenas To Battle Through

A new Anthem event, Season of Skulls, launched recently as part of the game’s 1.5.0 patch. There aren’t any level requirements for Season of Skulls but it’s required that players complete “the Incursion story to gain access to the Echoes of Reality level,” read an official blog post. 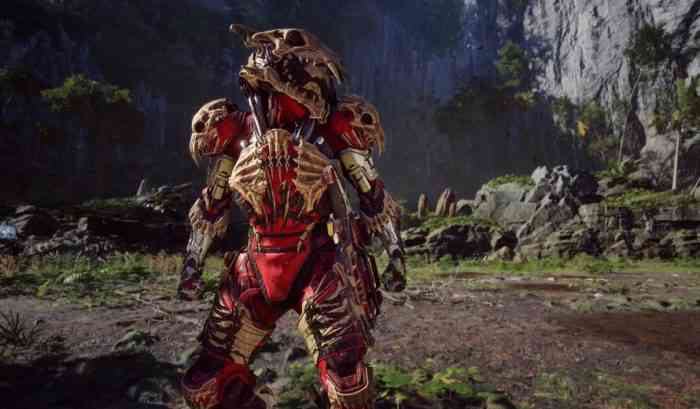 Described as a gauntlet of timed combat arenas, this latest Anthem event can be accessed from the Game Modes menu. Each arena has gameplay modifiers that will mix things up and these modifiers will go through weekly changes during the season.

There’s also “season-related events” that can be found during Freeplay mode such as the new Anomalies events. “The Anomalies are faction-themed, select Arcanist, Freelancer, or Sentinel events on the map and battle your way through challenging enemies like brutal Scars and terrifying Ghostly Spiders,” the blog post explained. “Complete them to unlock a tough ‘boss’ event which will change weekly and offer up some of the best rewards.”

Players can also earn crystals and head to Herschel’s Hut to buy war chests and other items. Also, the Season of Skulls event has “increased Legendary drop rates plus the opportunity to purchase a Legendary-only War Chest.”