Obsidian Entertainment continues to improve their “Honey I Shrunk the Kids” simulator, with loads of new content, localizations, perks, features, adjustments, and more. Fans of all things spooky will appreciate the addition of a new Jack-o-Lantern landmark, while candy connoisseurs who enjoy Halloween for other reasons will appreciate the addition of Candy Corn as a food item. Grounded gamers can also now build Zip-lines, signs, and Spinning Wheels. Grounded is currently available on PC and Xbox One, and it’s one of the many titles included in the Game Pass Ultimate lineup. 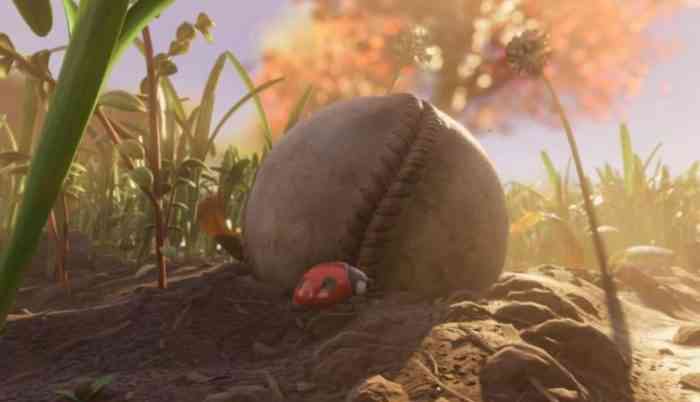 Alongside the new Jack-o-Lantern landmark in Grounded is a New World Landmark known as Frankenline, with Obsidian Entertainment celebrating Halloween a little early this year. Zip-lines will open up the world of Grounded a little more to players who are further along, while signs will help for navigation and display purposes. New spider webs added to Grounded will stick to unsuspecting critters and players, so watch your step with the new update.

Obsidian Entertainment has added new perks to Grounded to discover with the recent update, with new SCA.B color themes to discover and unlock. Meats will take much longer to spoil, but mushrooms now take longer to respawn in exchange. Structural buildings are now fully allowed to overlap with any static environment object, so gamers looking to integrate environmental items will mostly be able to do so now.

Grounded has been localized for France, Germany, Spain, and Italy, opening up Obsidian’s little game to more demographics. Bombardier Beetles and Ant Soldiers have both been buffed with the recent Grounded update, while all weapons have had their damage, stamina cost, and durability “adjusted to fit a stricter Tier-based curve.” Obsidian Entertainment isn’t only adding new content, and bringing the game to more regions, but they’ve also adjusted the visibility of the labeling of game modes/type in save/load UIs.

Are you exploring Grounded’s new content? Let us know in the comments below!