Ubisoft has announced that they will be officially releasing their military-themed RPG mobile game later this month. Tom Clancy’s Elite Squad takes heroes and villains from the Tom Clancy universe and pits them against each other. Elite Squad features characters from Rainbow Six, Ghost Recon, Splinter Cell and The Division. The gameplay involves 5v5 “real-time” battles on maps from across the Clancy universe. Tom Clancy’s Elite Squad releases for iOS and Android on August 27th and gamers who pre-register will gain access to Montagne’s Tier 2 weapon. 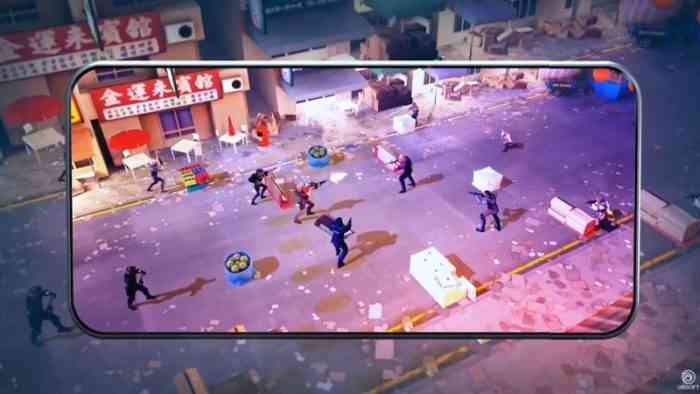 During the recent Ubisoft Forward event, Ubisoft unveiled a new trailer for Tom Clancy’s Elite Squad that focused on both story and combat elements. The 5v5 battles aren’t the only thing to look forward to with Elite Squad, as there is a campaign that features a “unique storyline, where you will have to face a new threat to save the world.” Ubisoft is rather coy so far on what the new threat is but we imagine the villains of the Tom Clancy universe have cooked up something special for this mobile title.

Splinter Cell’s Sam Fisher is one of many Tom Clancy characters to make an appearance in Elite Squad and it’s had people buzzing about a new Splinter Cell title since the Ubisoft Forward. It’s currently unknown whether or not the Montagne Tier 2 weapon will give pre-registered fans an unfair advantage over the competition or not, but we expect seasoned players will be equally rewarded. We’re looking forward to seeing the unique storyline that Ubisoft has in story for Tom Clancy fans with Elite Squad when it releases later this month.

Will you be trying Ubisoft and Tom Clancy’s Elite Squad when it releases? Let us know in the comments below!