Recently Ubisoft has been making waves with its highly anticipated title Assassin’s Creed Origins, however Ubisoft has just announced the final season for it’s second year of Rainbow Six Siege, calling it “Operation White Noise.”  This will be the newest DLC content coming to the game since Blood Orchid a few months ago, and will bring with it a variety of new additions to Rainbow Six Siege. 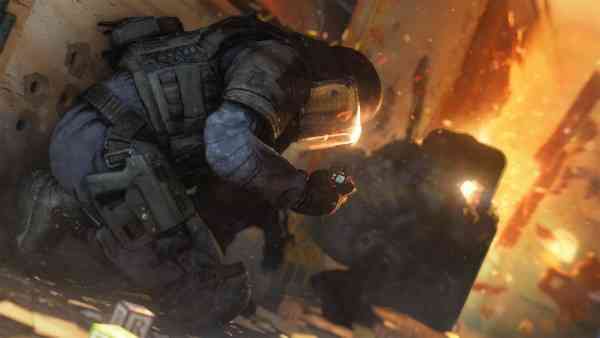 A few months ago, Ubisoft stated they were planning on having more than 100 playable characters they seem to be keeping this plan afloat, adding an additional three operators with Operation White Noise. This is an extra operator than the usual two Ubisoft normally adds with every new season. Although its ordinarily one attacker and one defender, Ubisoft is adding a Polish operator from the GROM unit.

Ubisoft is keeping Operation White Noise quite under wraps, however they did have quite a bit to say about the setting of this new season. Here’s what the publisher had to say about the upcoming content:

“Two new Operators from the 707th Special Mission Battalion (707th SMB) are joining Team Rainbow. The attacker is stubborn and daring while the defender is methodical and tenacious. We’re also bringing you a new GROM Operative in the mix, known for their resilience and bravery. For our new map, you’ll have to look up, waaay up to explore a pristine observation tower high above Seoul’s skyline. Make room for more fire power in your storage locker as we’ve got new weapons to satisfy your craving for more choices in dealing out devastation.”

Ubisoft is set to reveal more information later this month during the Pro League finals in Sao Paulo, on November 18th and November 19th via their Twitch account.

Are you excited for this new content? Let us know in the comments below and keep it locked for updates!