Tencent may be looking at purchasing the parent company behind Warframe and Gears Tactics, Leyou. Leyou has been getting offers from companies such as Zhejiang Century Huatong Group, Tencent subsidiary iDreamSky and Sony, but it seems like Tencent may be closing in on a deal. a new statement from the Leyou board confirms that it’s entering into an agreement with Tencent, which already owns majority shares in studios such as Riot Games. Warframe is available right now for Xbox One, PS4, Nintendo Switch and PC. 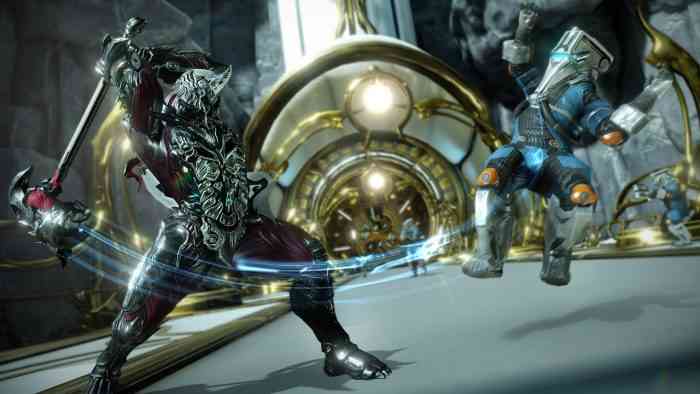 According to the recent statement from Leyou, the talks with Tencent are focusing on an exclusivity agreement. Tencent Mobility Limited in particular may acquire Leyou and the developer may focus more on mobile titles moving forward. Considering Leyou was already looking at an acquisition and all of the offers they had on the table, it isn’t surprising that they’re looking at an exclusivity agreement and since Leyou is from the Asian market (and Tencent dominates it) it’s no surprise that they are in talks with the Chinese conglomerate.

On top of being a parent company of Digital Extremes and Splash Damage, Leyou also owns its own publishing label known as Athlon Games. Athlon Games has published titles in the Samurai Showdown series and the publisher is partnered with LCG Entertainment. Tencent has been erupting in popularity across several markets, particularly the mobile market with titles such as PUBG Mobile and Call of Duty Mobile under their belt. With investments in companies such as Ubisoft, Riot games and Activision, it’s no surprise that Tencent continues to look at other gaming companies to work with.

Do you expect to see Tencent purchase Leyou in the near future? Let us know in the comments below!