LEGO Mario recently released and as of today, LEGO fans can upgrade their LEGO Mario with new suits such as Fire Mario and Propeller Mario. LEGO fans who enjoy Nintendo will have to pay a little extra for the power-up packs if they want to customize their Mario. Fans of the Nintendo hero can find their favorite Mario suit to customize him with if they purchase the LEGO Mario Power-Up Packs. Each power-up pack is $9.99 and will include the same amount of pieces to upgrade Mario into one of his powered up forms. The base LEGO Mario set will cost Nintendo fans around $69.99 and it includes an interactive Mario who can now be powered up. 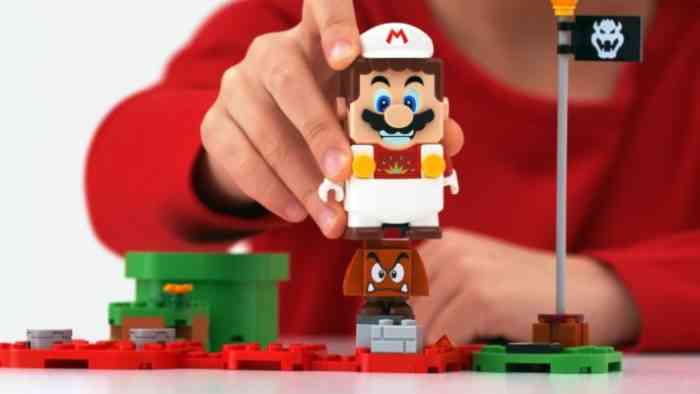 Nintendo only recently started getting LEGO sets but Mario isn’t the only set for Nintendo fans to focus on, with an interactive NES pack also being available. The LEGO Mario power-up packs that are currently available are Fire Mario, Propeller Mario, Cat Mario and Builder Mario. These sets look to bridge the game between building, playing and gaming with the interactive sets and companion LEGO Mario app. We’re looking forward to seeing how else LEGO Mario gets improved over time and what other Nintendo franchises may get the LEGO treatment in the future.

“Upgrade LEGO Mario’s wardrobe for #LEGOSuperMario and unlock all new ways to play with the new Power-Up Packs!” said a recent Twitter post from the official Nintendo of America account. “Customize Mario with the Fire Mario suit, Propeller Mario suit, Cat Mario suit and the Builder Mario suit! All four Power-Up Packs arrive 8/1.” Considering the sets just released today, fans of both Nintendo and LEGO may want to order this power-ups quickly if they want to upgrade their LEGO Mario before the sets sell out.

Which power-up suit will you get for your LEGO Mario? Let us know in the comments below!