Lego Worlds Has Been Announced for the Nintendo Switch

LEGO Worlds Is the Second Lego Title Coming to the Switch

In November, Warner Bros. Interactive Entertainment and Travellers Tales Games announced that Lego City Undercover would be released on the Nintendo Switch, as well as the PlayStation 4, Xbox One and PC, and now Lego Worlds will be too! The list of Nintendo Switch games continues to grow as this becomes the second Lego game that will be featured on the console. 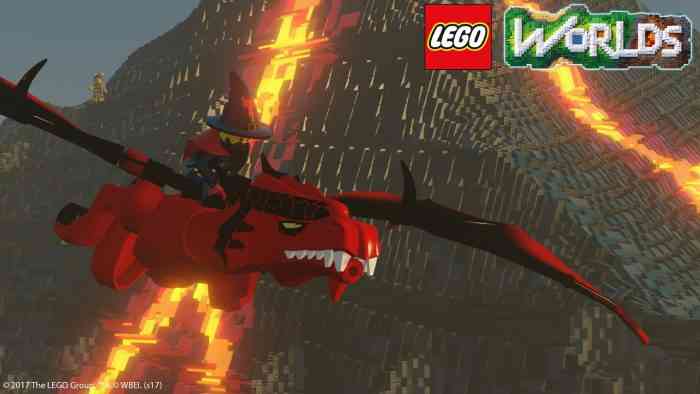 While Lego Worlds is set to release on February 21st in North America and February 24th in Europe, on the PS4, Xbox One and PC next month, no release date has been announced for the Nintendo Switch. The exciting news was revealed on Twitter by TT Games Head of Design Arthur Parsons. Check out the tweet below.

At this point no other details have been shared. Since the game is set to release on the other consoles prior to the release of the Nintendo Switch, it could very well be a launch title, however if that was the case it would likely have been announced already. Of course Lego Worlds will hit the Nintendo Switch sometime in 2017, however it is likely that it will be released for the Switch at the same time as Lego City Undercover; spring 2017.

For anyone who doesn’t know what Lego Worlds is, it is essentially a lego version of Minecraft. The description of the game reads, “Lego Worlds is an open environment of procedurally-generated Worlds made entirely of LEGO bricks which you can freely manipulate and dynamically populate with LEGO models. Create anything you can imagine one brick at a time, or use large-scale landscaping tools to create vast mountain ranges and dot your world with tropical islands.” Stay tuned for more details about the game’s release!