LEGO Is Getting Retro With a NES Set

LEGO has officially unveiled an upcoming set that centers around the Nintendo Entertainment System from the mid-1980’s. The kit includes a NES which opens up to reveal a LEGO cartridge, a CRT TV with a crank that brings the game on its screen to life and functionality with the existing Mario LEGO. The price for this NES set is $229.99 and the kit includes 2646 pieces to bring the NES to life in order to show some Super Mario Bros. gameplay on the CRT TV. The set releases on August 1st, but if you’re dying to play some classic Super Mario Bros. right now. it’s available in the NES library that’s included with a Nintendo Switch Online account. 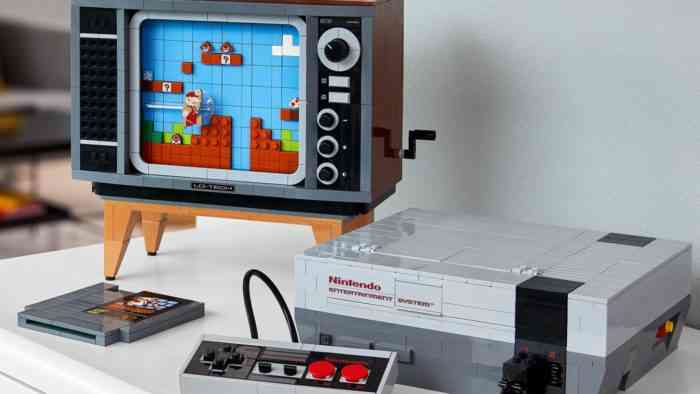 Nintendo and LEGO recently teamed up to release various Mario sets, including one where a large Mario figure reacts digitally to the environment around him. This robotic Mario will be utilized with the upcoming NES set. Once the set is complete and the builder cranks the CRT TV to life, Mario will react to the gameplay unfolding on screen. Considering the NES was the original Nintendo home console, it’s fitting that LEGO is bringing the retro console back to life through this new set and we’re looking forward to seeing what else LEGO and Nintendo have building up.

The gameplay that cranks to life on the LEGO CRT TV is a brilliant recreation of World 1-1 of the original Super Mario Bros. With all of the moving pieces in this LEGO set, it’s no surprise that it comes with over 2,000 pieces to bring the NES and CRT TV to life. This LEGO set will scratch the nostalgia itch old school Nintendo fans have, but it will set them back over $200.

Will you be getting the latest LEGO Nintendo set? Let us know in the comments below!

WarioWare: Get It Together! Review – Manic, Multiplayer Mayhem
Next
Microsoft May Acquire Warner Bros. Interactive
Previous
SWERY Apologizes for Scene in Deadly Premonition 2