Peril on Gorgon Coming to The Outer Worlds Soon

The Outer Worlds Recently Got a DLC Reveal

Obsidian Entertainment took to the recent Xbox game showcase to show off Grounded, Avowed and their upcoming DLC for The Outer Worlds. This new expansion for The Outer Worlds is the first of two pieces of DLC in the expansion pass and it focuses on the Gorgon Asteroid. Peril on Gorgon costs $15 or $25 as part of the expansion pass and it releases on September 9th. The expansion includes a new zone, new weapons and armor and new flaws. The Outer Worlds is available for Xbox One, PC, PS4, Nintendo Switch and it’s part of the extensive Game Pass lineup, though the DLC won’t be on the service when it releases. 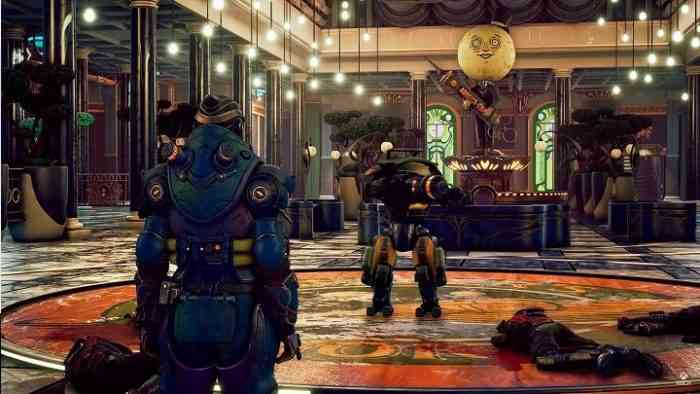 Peril on Gorgon centers around a new zone on an asteroid where gamers will investigate the mysterious origins of Adrena-Time. Adrena-Time is a consumable that increases movement and melee attack speed, but in exchange it causes an attribute-draining “Adrena-Time Crash” after the rush passes. Fans of fantasy RPG’s can just interpret it as a berserker buff. According to Obsidian themselves, the expansion will add a substantial amount of content to The Outer Worlds. Are you curious what we thought about The Outer Worlds? Check out our review here!

“From the furthest reaches of the universe comes the biggest mystery in the galaxy,” proclaimed the Peril of Gorgon trailer. “Marvel at the Gorgon Asteroid, a sorted stop-over full of salacious secrets and scandalous strangers where the right kind of case can put you on the wrong side of a gun, or sword.” The trailer showed off several new weapons, with more to come and character dialogue suggested that the Gorgon Asteroid is the kind of place that gamers can’t trust anybody.

Will you be getting The Outer Worlds’ Peril on Gorgon expansion? Let us know in the comments below!