State of Decay is back, baby. I remember the days of the first game; it would start and throw you right into the action, it kind of felt like a beta for an even better game, but it had so much charm and promise. Flash forward seven years and now State of Decay 3 has been revealed with a tense trailer. No actual gameplay has been shown, but the cinematic trailer has very serious and interesting implications for the upcoming game. As with all Microsoft first-party releases, State of Decay 3 will be on Xbox Game Pass on day one. 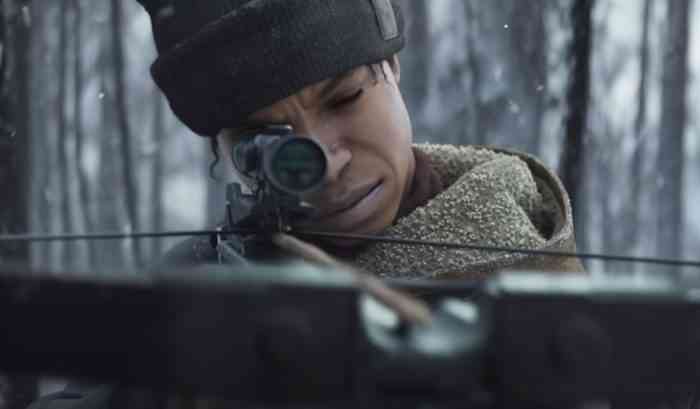 The trailer strikes a very serious tone. It shows a survivor living off the land, carefully carving bolts for her crossbow at a campfire. She notices a wolf spying her and she confronts it. The survivor lets out an incredible shriek to scare it off. No doubt she learned it from her time out in the wild and is meant to emulate a Screamer. We see her later, traveling through the woods during the Winter, suggesting weather effects coming into play in the game. She follows a blood trail to the carcass of a bear being fed upon by an infected deer.

If this trailer is telling us anything about the game, it is that the world of State of Decay has evolved. Animals have become infected and are now a threat to survivors. If you thought zombie humans were scary, just wait until you encounter a zombified deer capable of felling a bear. No release date is mentioned yet, but State of Decay 3 will be coming out on PC, Xbox One, and Xbox Series X.

Are you looking forward to State of Decay 3? Let us know in the comments below.

Sherlock Holmes: Chapter One to Be Released in November
Next
Peril on Gorgon Coming to The Outer Worlds Soon
Previous
Confusion over Cross-Generation Support for Xbox Games