Knight Squad Is Getting a Next-Gen Sequel

Knight Squad 2 Comes to Xbox One and Xbox Series X 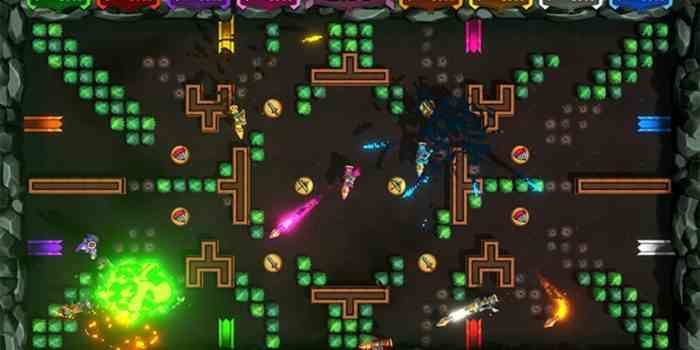 “The original Knight Squad has such an amazing community and our team is happy to reveal we’re returning with a sequel,” said Communications Officer at Chainsawesome Games, Laurent Mercure. “After years of playing with you, growing as creatives and listening to your feedback, we’re looking forward to bringing it all together when we launch Knight Squad 2 later this year.” We’re looking forward to seeing what Chainsawesome Games does with the Knight Squad sequel after such chaotic fun with the original. With 13 game modes in Knight Squad 2, there will be a lot of variety in the gameplay when it releases later this year.

Chainsawesome Games has given gamers an idea of some game modes to expect in Knight Squad 2 such as Capture the Flag, Payload, Minion Master and Battle Royale. The game will include local and online multiplayer, including crossplay between the Xbox platforms and PC. The original Knight Squad weapons and powerups are back alongside new ones such as ghosts, land mines and laser guns. Chainsawesome Games has announced that Knight Squad 2 will support English, French, Italian, German and Spanish in the language options.

Will you be playing Knight Squad 2 when it releases later this year? Let us know in the comments below!

No, You Shouldn’t Blow Vape Into Your Xbox Series X
Next
Assassin’s Creed Valhalla Getting Prequel Comic
Previous
Hideo Kojima Admits He Isn’t a Prophet