Every month, two armies stand in a field and stare at each other in an intimidating manner. A battle royale ensues. Sony and Microsoft stand at arm’s length from each other, slapping each other with white gloves in a distinguished fashion. Actually, they just give away free games. Which lineup rules the roost? Who has the best free games in November? Let’s turn to the tale of the tape.

**Referee’s note: to ensure a fair platform to platform showdown, PS Vita exclusives watch from ringside. However, an excruciatingly close battle CAN be decided by that added value. It’s the referee’s (my) call.** 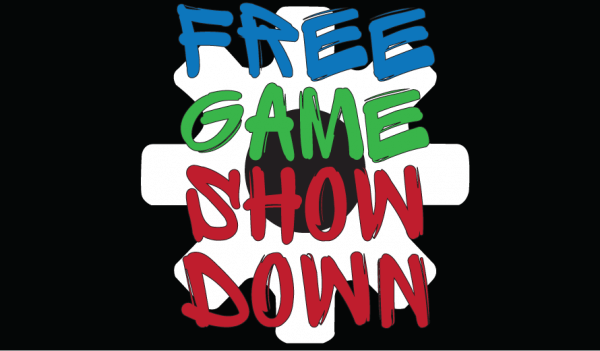 After Microsoft gave us Season One last month, Sony keeps The Walking Dead saga going with Season Two. Although not as critically acclaimed, I thought Season Two gave Clementine a chance to grow as a character in a really unique way – I loved it. Magicka 2 is a great co-op game is not the most stimulating thing ever.

Last month I said: “PS3 has an enormous back catalogue – where are the games Sony?” I found them! Mass Effect 2 (arguably the best game of the generation) is an absolute haymaker – a genre defining masterpiece. Beyond Good and Evil is no slouch either, as I’m certain entire religions exist devoted to it. This is one of the strongest PS3 lineups we’ve seen.

The unknown quantity is Dragon Fin Soup – a roguish RPG that looks hella fun. Is it? We’ll see.

Microsoft sends out 4 titles this month.

This month’s Xbox One offerings are diverse. Knight Squad is half base defence, half Bomberman, while Pneuma is a first person puzzle game. Pneuma’s reviews are middling at best, while Knight Squad doesn’t have a metascore, but both look to be reasonably fun for genre fans.

Xbox 360 is bolstered this month by the release of X1 backwards compatibility – so you might actually PLAY them now. DiRT 3 is awesome although more arcade-y than rally connoisseurs might prefer,  while Dungeon Siege is an action RPG in the vein of Marvel Ultimate Alliance. A solid lineup, with a good shot at winning most months.

With the free games as gladiators, who will emerge from the coliseum victorious?

The Walking Dead: Season Two vs. Pneuma: Breath of Life

This wasn’t even close. Microsoft brought some big guns in the form of DiRT 3 and Knight Squad, but couldn’t stand up to Sony’s relentless free game onslaught lead by Mass Effect 2. Those on the fence about signing up for a pay service would do well to consider signing up for Plus this month – the quality of the games is simply staggering. Will Microsoft lie in the fetal position, or come back next month with some heavy hitters? Come back in December to find out!

Mass Effect: Legendary Edition Is Coming to Xbox Game Pass
Next Rock Band 4 vs Guitar Hero Live – Which One Should You Buy?
Previous 3 Up, 3 Down – The Best (And Worst) Games From October 2015