Last month Dr. Mario World received Dr. Dolphin and the latest update to the mobile game added Dr. Wario to the match-three title. While Baby Wario is missing his signature mustache, his bulbous nose and beady eyes provide enough likeness for fans of Yoshi’s Island DS. Baby Wario also comes equipped with a powerful magnet to help him complete the puzzles in Dr. Mario World and strike fear in the hearts of his patients. Dr. Mario World is available for free on iOS and Android right now. 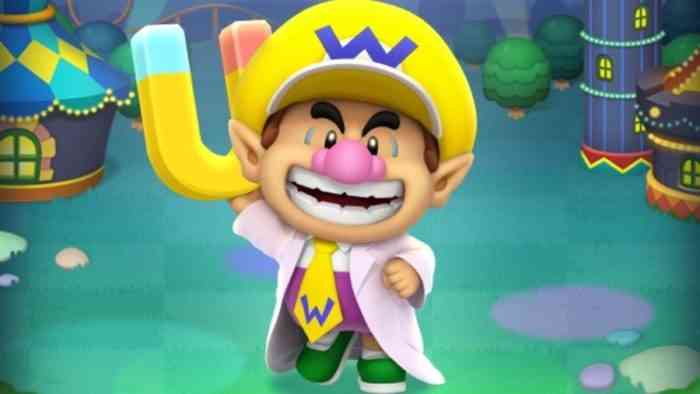 “Red: ‘Introducing a new doctor arriving June 26, 3 AM PT. It’s Dr. Baby Wario! So even THAT doctor was cute at one point, huh? There’s just one doctor this time. Please take it easy on me.’ #DrMarioWorld” said a recent Twitter statement from the official Dr. Mario World account. While they assure Dr. Mario World fans that Dr. Baby Wario is a cute and innocent new addition to the roster, many fans of the series are proclaiming his creepiness. We think that it’s a nice addition to the mobile Dr. Mario title due to the fact that Baby Wario has been missing in action since Yoshi’s Island DS.

Dr. Mario World released to great success but since then, Nintendo has decided to focus less on mobile titles and more on the Nintendo Switch, so it may be one of the last big Nintendo mobile titles to release. Considering how long it’s been since Baby Wario was seen in a Mario title, some fans are seeing him for the first time as they may not have tried Yoshi’s Island DS. The character isn’t exactly as he was in that title because Nintendo has given him a fresh coat of pain for Dr. Mario World and he has already taken the internet by storm. We’re just waiting for Donkey Kong jr. now that Baby Wario has joined the roster.

Are you a fan of Dr. Baby Wario or should he have stayed in the past? Let us know in the comments below!