Yesterday, we got a look at a bunch of new games coming to PS5 in the near future. We also got a couple of new-old games coming. In addition to the Marvel’s Spider-Man remaster, we got a look at Oddworld: Soulstorm. For the uninitiated, Oddworld: Soulstorm is a remake of Oddworld: Abe’s Exoddus. With the release of this game, all titles in the Oddworld series will have had a remake or remaster in recent years. Soulstorm will take place after the events of New ‘N’ Tasty!, which is a remake of Abe’s Oddysee, and see Abe’s continued liberation of his people, the Mudokons. 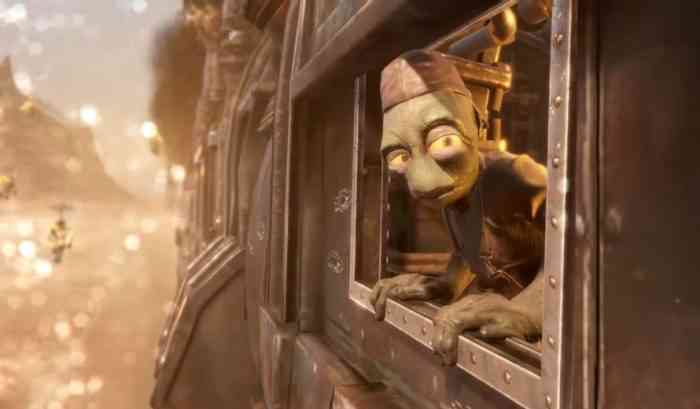 The trailer for Soulstorm shows us impressive cinematic visuals as well as some revamped, yet familiar gameplay. We see the side-scrolling platforming return with improved camera angles for cinematic effect, as well as the control and management of Abe’s friends the Mudokons. The end of the trailer also shows Abe cutting out the stitches on his mouth, which are part of his oddconic look.

If you missed the games in the series the first time around, you can play New ‘N’ Tasty! on PC, PS4, and Xbox One, Munch’s Oddysee HD and Stranger’s Wrath HD on Nintendo Switch. Oddworld: Soulstorm does not have a specific release date, but is expected to come out late 2020/early 2021. It will launch on PC (via the Epic Games Store), PS4, and PS5.

Are you looking forward to Oddworld: Soulstorm? Let us know in the comments below.