For those unfamiliar with the franchise, Oddworld: Munch’s Oddysee isn’t the first installment of the series so it could be confusing for many of those who have had little interaction with the Oddworld pentalogy. However, there is a great introductory movie at the beginning of the game that summarizes the story thus far very well. Our old favorite hero, Abe, makes an appearance and plays a significant role in this sequel as he and Munch set off to save their own kind from extinction and exploitation. As a single-player platforming adventure with the ability to control the two protagonists, Munch’s Oddysee introduces us to a creative form of teamwork that provides its own set of fun challenges. Although some of the puzzles start to become repetitive as the game progresses, its straightforwardness and simple story line makes it easy to understand.

Munch’s Oddysee follows Munch, the last surviving Gabbit who unfortunately gets captured by Interns from Vykker’s Labs and gets a sonar attachment installed onto his head. What was meant to be an aid to help the Interns became their mistake, as Munch is able to use the sonar’s powers to free nearby Fuzzle creatures from their cages, who in turn helped chew apart Munch’s restraints. While all this was happening, Abe received word from The Almighty Raisin that he needed to save Munch from the Labs. Abe then goes on a short adventure to find him, and they eventually bump into each other. They successfully return to the Almighty Raisin, who then tells both of them their journey is far from over. With a new goal of obtaining the last can of Gabbit caviar and saving the unborn Mudokons, they must utilize their own unique abilities, return to Vykker’s Labs, and rescue their own kind.

The beginning stages of the game serves as a slow introduction to Munch’s Oddysee, where a helpful tutorial is presented to the players and shows us how to utilize Abe and Munch’s special abilities at a good pace. There is a nice, gradual learning curve which allows us to comfortably settle into the game as we take on new challenges step-by-step. An optional cinematic introduction is also available at the start for those who wish to refresh their memories on what has happened previously; it’s also helpful for newcomers to the series to learn about the events that took place in the prequel.

The game is easy to learn – mainly you have to understand the individual strengths of Abe and Munch and how to utilize both of our heroes to explore. For instance, in cases where water is present and Fuzzles are involved, that is when you want to use Munch. In other situations that involve other Mudokons and chanting, you would want to use Abe. You have to think about what you want to do and smartly switch between the two. If you need to explore enemy territory, do not worry too much about dying – the game is very forgiving in this regard and you will almost automatically respawn at the closest safe spot. 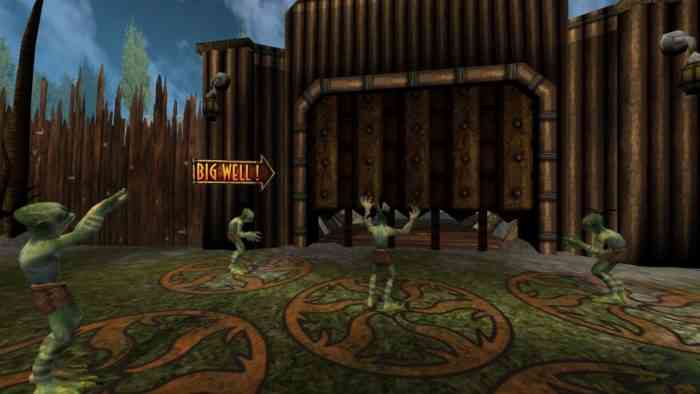 The availability of options in Munch’s Oddysee to improve your own experience is definitely worth mentioning. From being able to fine-tune the brightness of your screen to changing the walking speed of Abe and Munch, the game supports its players by allowing us to adjust everything to our own comfort levels. For example, we have the option to “invert” the X and Y axis when controlling the camera perspectives, which is incredibly helpful because it is now natural for me to push down when I want to look down. By default, Munch’s Oddysee follows older game formats where if you push down you will look up, but by having the option to change this it provides a gaming experience that some of us are used to.

Although there are many levels for the player to complete, there is a lack of variety in the way the puzzles are solved. Once you understand and master Abe and Munch’s abilities, it becomes obvious what to do. In line with that is the predictability of the game – admittedly there are times where I do prefer games with less of a challenge and more of a means to progress further into a story, but sometimes this only adds to the repetitiveness of the task. The only moments of frustration I had were with the controls being a little unresponsive and camera angles messing up with some of my jumps. But other than that, the puzzles and goals are straightforward and there is rarely any room for guessing where to go next.

As an easy-to-pickup game, Oddworld: Munch’s Oddysee is an enjoyable choice for those who aren’t looking for too much of a challenge but would like to utilize their brain and platforming skills for something fun and simple. With an interesting plot and two funky protagonists, Munch’s Oddysee provides a smartly made game with forgiving deaths and options, giving players the freedom to explore with minimal consequences. Although the puzzles could be spiced up a little, the overall customizable experience and well-made gameplay are something to be celebrated. 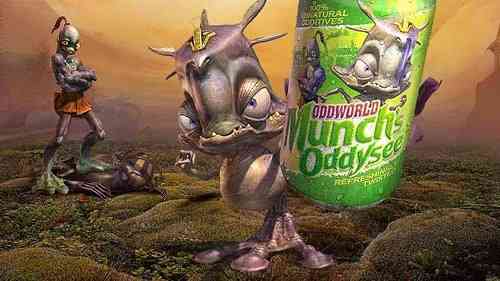