Our favourite digital pop idol has finally made her entrance onto the Nintendo Switch and what a booming entry has she made. Hatsune Miku: Project DIVA Mega Mix is the latest entry in this electronic pop rhythm series and not only do we have over 100 songs to pick play through, 10 songs that is making their debut appearance, we also have a whole new feature that designed for the Nintendo Switch’s motion controllers. There’s undoubtedly a ton of content for you to go through while you listen and watch your favourite pop idols sing and dance but does it live up to the previous entries?

First of all, for those who may be unfamiliar with the Hatsune Miku games, it is all about beat matching. While playing through a song, target icons indicate which button correlating button you need to press, as well as in what order, will appear across the screen in a myriad of different patterns. Simply hitting the correct buttons isn’t quite enough as the icons will have a small timer that judges how close you are in hitting the beat correctly. You can see just how well you are doing with scores that show up on your screen starting from Cool all the way down to Miss. If you miss too many notes, your song will immediately end with a  sad Failed logo strewn across your screen. 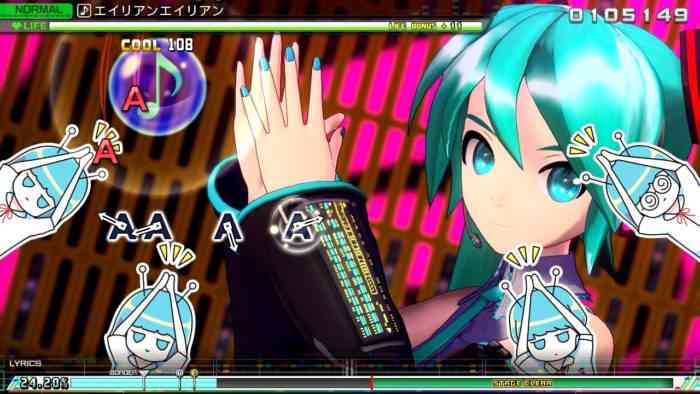 We get it, rhythm games can be hard and Hatsune Miku games are just as unrelenting but they’ve got a few options for gamers who are just starting out or who can maybe only play on a normal difficulty. Project DIVA Mega Mix offers Easy, Normal and Hard. For those looking for a real challenge, there is also Extreme and Extra Extreme difficulty modes which can be played through as well once those songs are unlocked. No matter which category your rhythm skills fall into, there’s a ton of songs that you can play at your own comfortable pace.

To The Beat of The Rhythm of the Night

Hatsune Miku:  Project DIVA Mega Mix also offers an exclusive new play mode for the Nintendo Switch, utilizing the Switches’ gyroscopes in the Joy-Cons. This mode is simply called Mix Mode and will have players tilting the controllers to match the colour-coded bars with the beat icons at the bottom of the screen while pressing the associated shoulder buttons. I loved the idea of Mix mode but boy, it was hard! I had somewhat hoped that this new mode would be somewhat reminiscent to the Just Dance series, so I couldn’t help but feel a bit let down. Especially since I seem to have quite a few issues with my Joy-Cons drifting more so lately. But once I played a few practise rounds, I began to get the hang of it and was soon able to complete quite a few songs on normal and hard difficulties with decent scores. 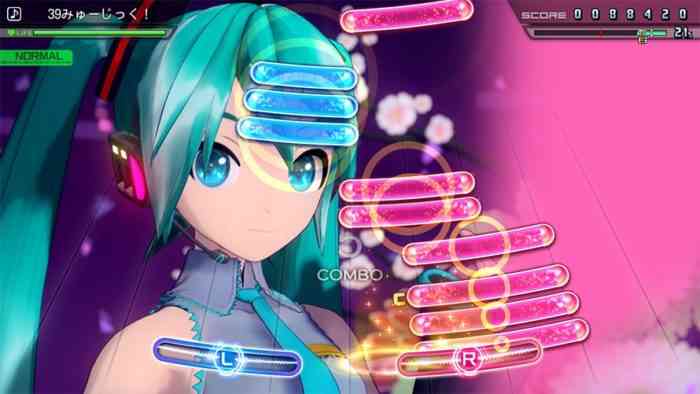 Now let’s talk about load times. The load times in this title vary greatly and almost seem kind of random with some taking almost a full 30 seconds to others being almost instantaneous. It’s not a huge issue but when you’re in for a long game session, it can bring you out of the zone if you’re waiting for certain songs to start.

So what makes this game different from the rest in the series? Well, that depends on who you ask. If you’re a big fan of the Miku games, you’re going to see a lot of the same songs as Project DIVA Mega Mix is essentially a diluted version of Hatsune Miku: Project DIVA Future Tone on the PS4. With half the amount of songs and very similar menus, fans of the series will see some of these songs anywhere from 3-4 times from previous titles. I had hoped there would be more exclusive songs, currently, there’s only 10, but who knows, maybe we will get more in the future! In the meantime, you can always play through your favourite songs and try to get that high score on Mix Mode.

I usually like to play my Switch in handheld mode and I was pleasantly surprised that it seemed to run great despite the colour intensity and video performances running in the background. I only found a few songs that seemed to dip in video quality, running at 30 fps but for the most part, most songs didn’t have this dip. But despite the frame rate going down, this does not impede the gameplay at all and it honestly feels great to play a game that runs and looks this great on the go.

Another thing to note, pun totally intended, is the extremely impressive roster of clothing and accessories that can be customized. In total there are around 700+ items that can be mixed and matched from random accessories, hair and outfits. Want something more exclusive to yourself or your brand? There’s also an impressive t-shirt editing mode that can be used with your Switch’s touch screen for better accuracy, though it can take some time to master. 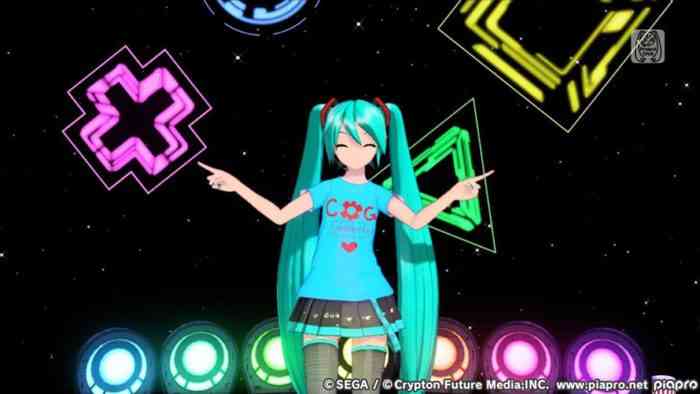 For the fans who may be picking up this title as their first Miku game, there’s an absolute ton of content featuring your favourite songs and adored pop idols. For those whose been playing since the early days of Hatsune Miku you may be a bit disappointed with the lack of new songs. But with the added addition of Mix Mode, there’s still enough content to grab your attention.

Blue Wednesday Bringing a Musical Story to Steam this Spring