Minecraft has officially received Pac-Man DLC in commemoration of the 40th anniversary of the yellow Namco protagonist. The DLC includes 10 Pac-Man-style mazes and the yellow guy himself as a playable character. Gamers can also create their own mazes once they’ve completed the ten mazes offered by the developers. Expect a lot of corner turning and several ghosts to dodge as you make your way through each maze. Minecraft is available for PS4, PS3, Xbox One, Xbox 360, mobile, Nintendo Switch, and PC right now, with the Pac-Man DLC available for newer hardware. 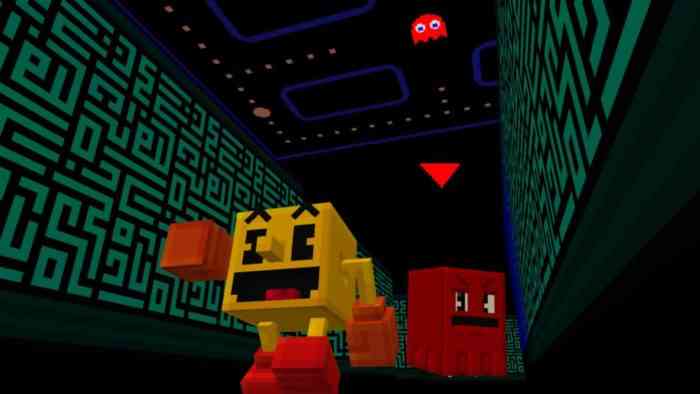 With the addition of Pac-Man to the Minecraft universe, of course his enemies had to make an appearance and fans who download the anniversary DLC will recognize the roster of ghosts such as Inky, Blinky, Pinky, Clyde, though the package offers a special new ghost that Minecraft fans will delight in. Pac-Man has been a staple in the gaming industry for 40 years now and Minecraft is one of many titles to pay homage to the yellow hero. We’re big Pac-Man fans and find Minecraft’s dedication to the Namco character is an interesting way to celebrate the anniversary.

The ten unique mazes offered with the Pac-Man Minecraft DLC will provide gamers with several hours of gameplay that turns the typical building and survival elements of Minecraft into more of a puzzle experience. Minecraft Dungeons recently released, bringing Minecraft fans yet another way to experience the universe that they love and it’s already part of the Game Pass subscription service. Pac-Man fans were surprised when the 40th anniversary of the yellow hero kicked off, with the second Championship edition of the series being offered for free for a limited time.

How are you celebrating Pac-Man’s 40th birthday? Let us know in the comments below!