Hal Laboratory’s Riki Furmann recently claimed he’s interested in a non-action spin off to the Kirby franchise during a Famitsu interview and it has us thinking of potential genres that the little pink puffball could wind up in. Katsuyoshi Sumitomo and Shinya Kumazaki were also there to back up what Fumann was discussing, implying that the Hal Laboratory Team is at work on a big Kirby title that’s unlike any others. Kirby Star Allies is available exclusively for the Nintendo Switch now. 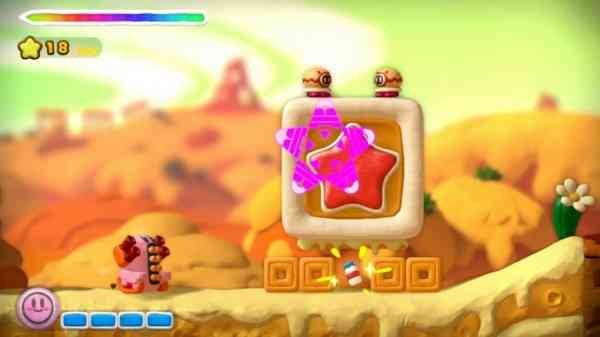 “For me, personally, I’d really like to make a non-action Kirby spin off game,” said Riki Furmann during the recent Famitsu article. “We’re going to have a wide variety of Kirby coming out in the future.” Lead action programmer Katsuyoshi Sumitomo was also there to say, “I really want the next thing we create to be called the pinnacle of Kirby games. I’m positive the Kirby series can become even more fun!” Shinya Kumazaki also claimed that, “each entry in the series has its merits, but I want to make something that exceeds previous games.” What could the team be cooking up to top all other Kirby games that came before? Time will tell.

With so many Hal Laboratory developers so enthusiastic about the next Kirby game, we’re looking forward to seeing what the series has in store. Titles such as Canvas Curse and Kirby Air Ride altered the Kirby formula in some ways but neither were helmed as the pinnacle Kirby experience and the most recent entry on the Nintendo Switch, Kirby Star Allies was great but not what Katsuyoshi Sumitomo had in mind. Are you curious what else we thought about Kirby Star Allies? Check out our review here!

What genre would you like to see Kirby explore next? Let us know in the comments below!